Colin Farrell Birthday Special: From The Penguin to David, 5 of The Batman Actor’s Best Roles to Check Out!

Some of Colin Farrell recent roles have become iconic in their own way. From The Penguin in The Batman to David in The Lobster, the man has constantly done work that has pushed his limits. 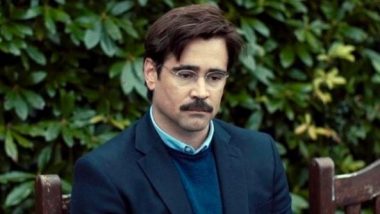 Colin Farrell in The Lobster (Photo Credit: A24)

Colin Farrell has constantly put out one great role after the other over the last few years. Being extremely underrated at the start of his career, Farrell has finally started receiving the praise he deserves. He chooses characters that can be extremely charming and fun, while also have a dark side to them, and that diversity is seen almost in all of his roles. The Batman: Danny DeVito Praises Colin Farrell's Performance as Penguin in Robert Pattinson's DC Film!

Some of Colin Farrell recent roles have become iconic in their own way. From The Penguin in The Batman to David in The Lobster, the man has constantly done work that has pushed his limits. So, to celebrate his 46th birthday, let’s take a look at five of his best roles. The Batman Spinoff Series The Penguin Starring Colin Farrell Officially Ordered at HBO Max.

The Gentlemen featured a wide variety of colourful characters as it saw an American weed dealer in London. One of those characters happened to be Colin Farrell’s coach, and he was one of the most hilarious parts of the film.

Stephen Murphy (The Killing of a Sacred Deer)

This film is one of the most intense revenge thrillers you will come across. Featuring Farrell and Barry Keoghan, the film features a boy trying to get revenge on a doctor for not trying to save his father. Farrell’s turn as the stoic doctor was quite the performance.

Featuring two hit-men to hide in Bruges, the film sees them lay-low and hope that their notoriety blows over. Farrell’s turn as Ray is hilarious and, in many instances, heartfelt as well. If you want to see Farrell at his best, In Bruges is for you.

The Lobster is quite the weird film that will have you hooked from the start. The premise follows single people checking into a hotel to find love, and if they are not able to do it, they turn into an animal of their choice. Farrell as David is exceptional and elevates the film.

The Penguin (The Batman)

The Batman followed Batman in his second year taking down the Riddler. Amidst that, he would have run-ins with Farrell’s Penguin, and he shines in this character. Farrell portrays the mobster faithfully and hams it up to the max.

Honestly, can’t wait to see Farrell in the role of Penguin again as he gears up for his own HBO Max show. With this we finish off the list and wish Colin Farrell a very happy birthday.

(The above story first appeared on LatestLY on May 31, 2022 10:58 AM IST. For more news and updates on politics, world, sports, entertainment and lifestyle, log on to our website latestly.com).