Fantastic Beasts 3: Mads Mikkelsen Replaces Johnny Depp as Grindelwald; 5 Movies or Series That Show Why He Is the Perfect Replacement!

Now the latest reports say that Mads Mikkelsen is in talks to replace Johnny Depp as Grindelwald, and we have to say that feels like an awesome casting. 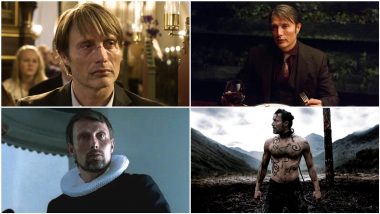 It's official! Mads Mikkelsen is now the new Dark Wizard! A few days back, Johnny Depp has bowed out of Harry Potter spin-off, Fantastic Beasts 3, after Warner Bros Studios pressured him to do so. This was as a reaction to him losing the libel case against a UK tabloid for alleged misreporting on his domestic abuse case with former spouse Amber Heard. Johnny Depp had played the role of Gellert Grindelwald, the Dark wizard, who made a cameo at the end of the first Fantastic Beasts and then played the main antagonist in the sequel. The series also stars Eddie Redmayne,  Katherine Waterston, Dan Fogler, Alison Sudol, Ezra Miller, and Jude Law. and is set before the events of the Harry Potter films. Johnny Depp Asked By Warner Bros To Resign From Fantastic Beasts 3 After He Loses Libel Case In London, Actor Releases Statement.

What humanises him in his conflicted relationship with former best friend turned biggest rival, Albus Dumbledore - a bonding that harbours a crushed love story. With so much nuances in a role, Depp might have felt a great casting in the role, and the second movie did give glimpses of that. But that's not going to be the case ahead, and we have to accept the circumstances in which this breaking away happened. Fantastic Beasts The Crimes of Grindelwald Movie Review: This Harry Potter Spin-Off Crams Too Much Stuff In Newt's Suitcase Than It Can Hold!

Mikkelsen may not bring the showiness that Depp often imbues in his character (to the point of being hammy... see the POTC sequels), but he does have experience of playing dark characters with enough dexterity. These five roles of his are proof that he could make Grindelwald the kind of complex villain that the franchise wants him to be. 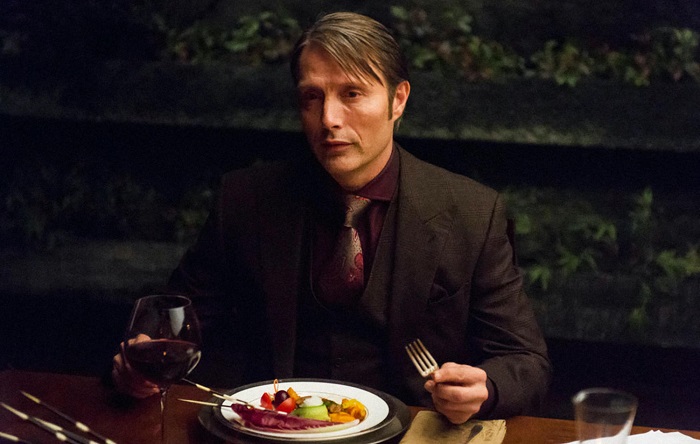 How can we not start this list with his most prolific role in a series that, unfortunately, stands cancelled. While Anthony Hopkins is still the most known Lecter for fans, Mikkelsen does complete justice to the serial killer character with a taste for human flesh. Despite his grisly killings, he makes Lecter into this charismatic, smooth-talking man with principles that we find it difficult to place him in among the bad guys. 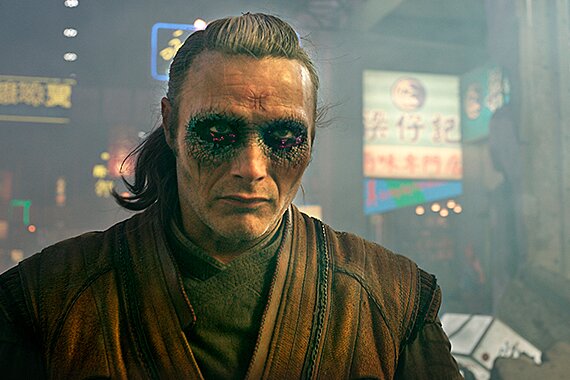 Mikkelsen's role in Doctor Strange is not one of his best parts, we agree, especially as Marvel treats him as a one-off antagonist and makes him an acolyte of Dormammu in the end. But as Kaecilius, Mikkelsen is appropriately vicious, brimming with hurt and resentment. There is one particular scene where the actor shines the best, and that's where he reveals his tragic backstory to Strange. His eyes convey the hurt and pain at the betrayal and shows why he went down the Dark path.

Lucas in The Hunt 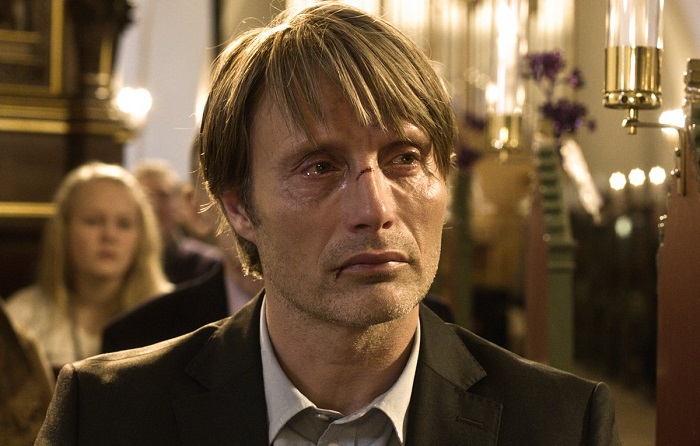 Mads Mikkelsen in The Hunt

In my opinion, this is Mikkelsen's best performance to date, an act that earned him the Best Actor award at Cannes Film Festival. He plays Lucas, a school-teacher whose life is destroyed by unfounded speculations that he is a peodophile. It is a heartbreaking story relevant in current times, where people are quick to jump to conclusions based on unverified facts, rather than seek the truth. While not an antagonist, Lucas is a tragic figure hurt by the people around him he thought to be friends. An emotion that Mikkelsen could use when Grindelwald faces Dumbledore at some point in the franchise. 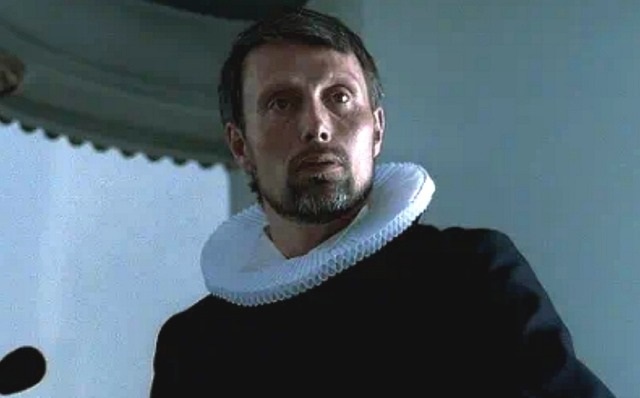 Can Mikkelsen do comedy? Look no further than Adam's Apples, a Danish film, as an answer for this, though it is not a usual comedy. Adams' Apples is filled with dark humour where Mikkelsen plays a priest in charge of reforming hardened criminals, but finds one of his charges prodding him to question his own faith. Despite believing in the goodness in humanity, Ivan is actually a tragic character, with a pitiful childhood who sees his past bad experiences as tests from the Devil, 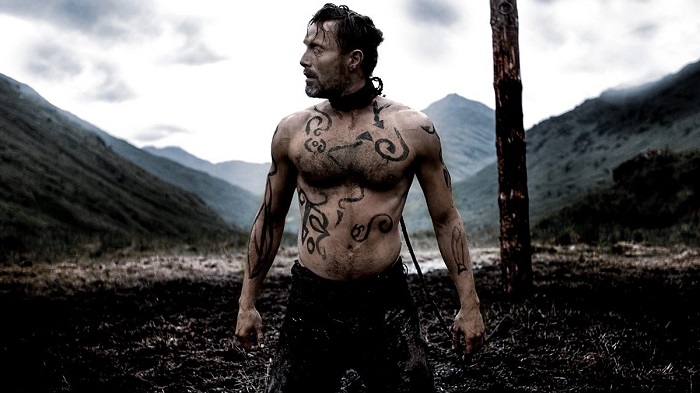 Like with every film of Nicolas Winding Refn (Drive, Only God Forgives, Neon Demon), Valhalla Rising is never an easy watch, with its brooding themes and gory visuals. But it is definitely a mesmerising experience, made even better by the mute performance of Mikkelsen as One-Eye. A former slave to a Norwegian chieftain, One-Eye becomes a messiah of sorts to tribes promising to take them to the Holy land, while guided by the visions he sees. Of course, the journey doesn't exactly go as he wishes, but One-Eye is shown as someone who can convince people into believing him that he can take them to the Greater Good. Now where have we heard of this before?

(The above story first appeared on LatestLY on Nov 12, 2020 03:35 PM IST. For more news and updates on politics, world, sports, entertainment and lifestyle, log on to our website latestly.com).