The Hollywood Foreign Press Association (HFPA) has promised a transformational change after the organisation came under fire for lack of diversity. A statement issued on Saturday night by the Golden Globes Twitter handle, 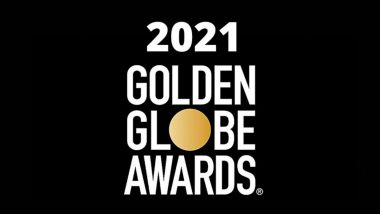 The Hollywood Foreign Press Association (HFPA) has promised a "transformational change" after the organisation came under fire for "lack of diversity". A statement issued on Saturday night by the Golden Globes Twitter handle, which is the HFPA's official account on the social media platform, said: "We are improving our efforts to create transparency into our operations, voting, processes, eligibility and membership." The social media post also gave a detailed account on the organisation hiring an independent diversity and equity expert who will consult on membership policies. Judas and the Black Messiah: Daniel Kaluuya Opens Up About His Golden Globe-Winning Role, Talks About Taking Up Smoking To Get Into the Skin of the Character.

"These are the initial steps we will take over the next 60 days and we will carry out further actions based on recommendations that come from these initial reviews and assessments," the statement added. Recently, The Los Angeles Times reported that the HFPA had declined to hire a diversity consultant after last year's 'Black Lives Matter' protests. The Time's Up campaign, however, demanded more than just a statement from the HFPA. Jennifer Aniston Reveals Jason Bateman Filmed His Golden Globes Appearance at Her House.

A statement from the Hollywood Foreign Press Association (HFPA). pic.twitter.com/R81QjEMgK5

"On behalf of the many artists who look to us to hold the HFPA's feet to the fire on the racism, disrespect, misogyny and alleged corrupt financial dealings of the Golden Globes, we need to see specific details, timetables for change, and firm commitments. The right words are not enough. The clock is ticking," the campaign said in a tweet.

(The above story first appeared on LatestLY on Mar 07, 2021 05:36 PM IST. For more news and updates on politics, world, sports, entertainment and lifestyle, log on to our website latestly.com).