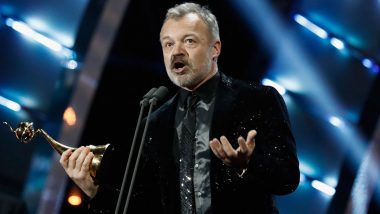 Norton, the host of the long-running talk show 'The Graham Norton Show', is no stranger to the 'Drag Race' world, having judged the BBC's successful 'RuPaul's Drag Race U.K'. alongside RuPaul, Michelle Visage, and Alan Carr over three seasons. He also hosts the U.K. edition of 'Eurovision Song Contest' every year, and even appeared in Netflix's 'Eurovision Song Contest: The Story of Fire Saga'. Ghostbusters Afterlife To Release in Indian Theatres on November 19!

'Queen of the Universe' will be one of Norton's most high-profile international hosting gigs to date. The show, which was first revealed in February during ViacomCBS's investor day presentation, will premiere on the company's streaming service Paramount Plus on December 2.

Graham William Walker better known by his stage name Graham Norton, is an Irish actor, author, comedian, commentator, and presenter. Well known for his work in the UK, he is a five-time BAFTA TV Award winner for his comedy chat show 'The Graham Norton Show' (2007-present) and an eight-time award winner overall.

(The above story first appeared on LatestLY on Sep 28, 2021 03:34 PM IST. For more news and updates on politics, world, sports, entertainment and lifestyle, log on to our website latestly.com).