James Cameron Confirms Avatar 2 Will Not Release in December 2021, Tags COVID-19 Pandemic As the Reason for Delay 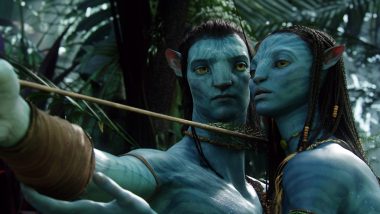 The novel coronavirus has been affecting the entertainment business since March and seems like it's unstoppable. While we thought that the entire world would get back to normal in a few months, however, that's not happening anytime soon. Coming back to scoop, the latest buzz is that James Cameron's Avatar's upcoming sequel has now been delayed, due to the pandemic. The filmmakers announced the same news via the sci-fi movie's official social media handle. In the long post, James mentioned that 'there is no one more disappointed about this delay than him.' Well, of course, imagine if you are working hard on a project and suddenly its operation stops... the pain is real. James Cameron’s Avatar 2 Release Date to Be Unaffected Even After the Film’s New Zealand Scheduled Halts Due to COVID-19 Pandemic.

Ahead, the announcement also mentioned that Avatar 2 was quite on track and they had December 2021 as the release date in mind. However, the pandemic impacted the schedule and so they will no longer be able to make that date. James also thanked Disney Studios and fans for their constant support. “Most of all, I am grateful to you, our fans, for your support over the years and I promise that what we bring to cinemas will deliver.” it read. Avatar 2 To Resume Production In New Zealand Next Week; Producer Jon Landau Confirms With a Set Photo On Instagram.

Check Out The Avatar Sequel's Delayed Announcement Below:

A message from James Cameron.

However, the delay does not come as a surprise considering the growing coronavirus. Avatar 2 was slated for a December 17, 2021 release and after the shift in the date, all we can expect is the movie to hit the next year in the same month. Avatar (2009) was among the highest-grossing films during the time it had released. Stay tuned!

(The above story first appeared on LatestLY on Jul 24, 2020 08:40 AM IST. For more news and updates on politics, world, sports, entertainment and lifestyle, log on to our website latestly.com).