Mark Hamill is an American actor who has played many iconic roles throughout his career. Best known for Luke Skywalker and the Joker, he has been a huge part of the Star Wars and Batman mythos. To celebrate his birthday, here are five of his best roles. 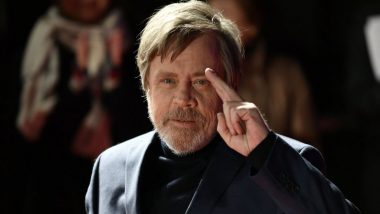 Not just a great actor, Mark Hamill is one of the most iconic voice actors as well in Hollywood. Having a great career spanning many decades, this legend has continuously provided us with some of the greatest characters that have ever graced the screen. Having a charming persona alongside a talent that is unmatched, Hamill has just proved time-and-time again how great he is. Mark Hamill Says George Lucas Let the Actors Pronounce Their Characters Names However They Wanted in Star Wars.

Having a diverse range of roles under his belt that transcends mediums, Mark Hamill is a man of many faces, some animated, but still many. The number of amazing characters he has delivered us, we won’t be able to count them on our two hands. However, after careful consideration, these are the five that we have landed on. So, to celebrate Mark Hamill’s 71st birthday, here are five of his best roles.

A really fun film that failed to many any noise when it released, Mark Hamill’s turn as Ted Mitchum was one of his best modern turns. Playing a kidnapper, it let Hamill tap into the more psychopathic side of his roles and provided for a tense portrayal as the darkness of the character emerged. It’s a memorable turn for Hamill.

Tipping his toes into both Marvel and DC, Hamill went on to portray Hobgoblin in the 90s Spider-Man the animated series. Playing the maniacal villain (something Hamill is great at), he brought Jason Philips to life amazingly in the eight episodes he starred in. The faceoff against Spider-Man was amazing of course.

Pvt Griff (The Big Red One)

One of Hamill’s most celebrated films, he would head on from a fantastical war and take part in an adaptation of World War II. With the cast being huge, Hamill does a great job at making himself seen as Pvt Griff and gives a performance that is definitely in the Mount Rushmore of the actor.

In George Lucas’ fantasy world, Mark Hamill showed us what complete good can look like. While flawed at times, it still gave us a great story about good triumphing over evil, and Luke Skywalker was one of the best heroes you could have asked for as a child. A great performance that is beloved by so many around, Hamill gave us one of the best characters in sci-fi media ever.

When it comes to DC’s Clown Prince of Crime, many actors have brought their own spin to him. However, Hamill’s is the only till this day that has gotten everything about the character right. Equipped with a raspy voice and a maniacal laugh that has transcended story-telling mediums, the Joker doesn’t get better than Mark Hamill’s portrayal of him. Mark Hamill Leaves a Heartfelt Thank You Note for Star Wars Fans (Read Tweet).

Mark Hamill truly is a generational talent. A once-in-a-lifetime star, he is the best at what he does and we as pop-culture nerds are just happy that happy and grateful for the passion he brings to his projects. Here is wishing a happy birthday to the best Joker, and the may the force be with him.

(The above story first appeared on LatestLY on Sep 25, 2022 11:33 AM IST. For more news and updates on politics, world, sports, entertainment and lifestyle, log on to our website latestly.com).