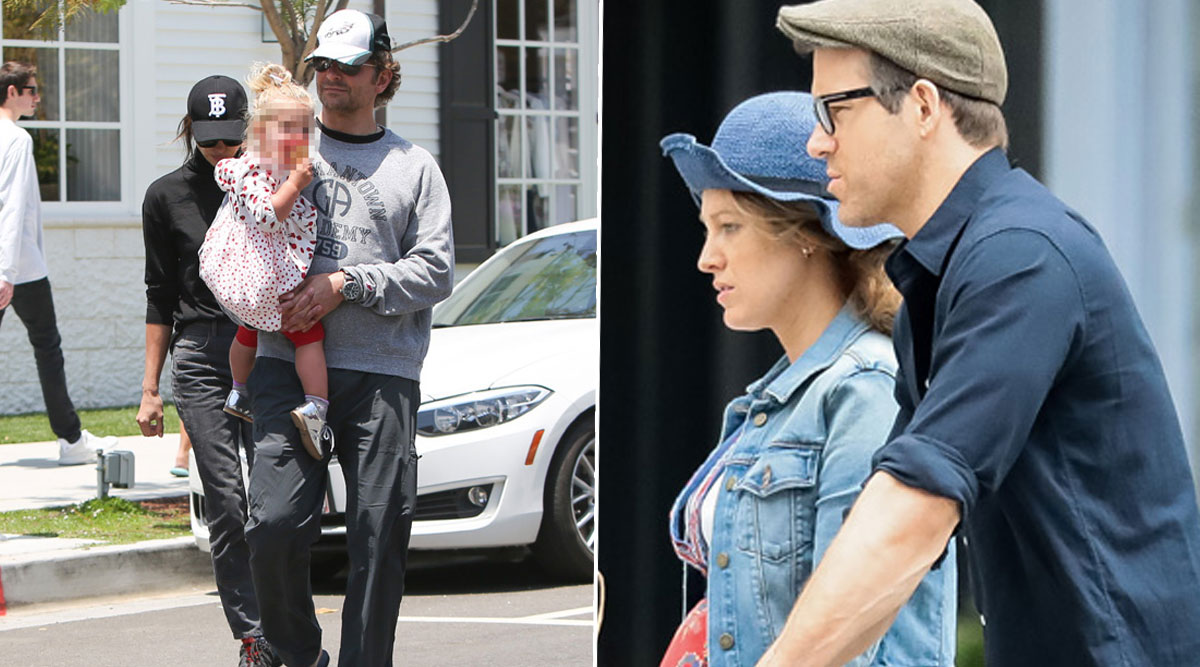 Hollywood stars Ryan Reynolds and Bradley Cooper's were spotted accompanying their daughters on a play date together here. On Saturday afternoon, January 11, the Pokemon: Detective Pikachu star and the A Star Is Born actor was spotted accompanying their daughters. The two families were photographed leaving Cooper's apartment in New York as they made their way towards parked vehicle, reports aceshowbiz.com. Cameron Diaz-Benji Madden Announce the Birth of Their Baby Girl, Raddix Madden! Couple Says They Will Not Post Any Pic of Their Daughter.

Cooper and his two-year-old daughter, Lea De Seine, were also spotted. While he wore a wind-breaker coat paired and grey sweatpants, his daughter with former-partner Irina Shayk flaunted a stylish look in a green top and denim jeans. Both Reynolds and Cooper were always private about their off-screen lives. The former even avoided answering a question about his third daughter's name in a December 2019 interview. Cooper waited two years before he showed his daughter's face publicly.