MTV Might Remove Michael Jackson's Name from It's Vanguard Award 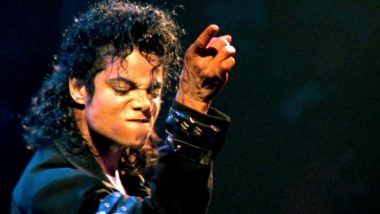 Page six quoted a source as revealing. The insider added, "There's talk about if they should change the name, or get rid of it altogether. [There's also talk] About who would present it and who would accept it. It's a mess."This comes in the wake of the HBO's controversial documentary which focuses on some disturbing sexual-abuse allegations by former Jackson proteges Wade Robson and James Safechuck. Michael Jackson Estate Pays Tribute to the Legendary Pop Dancer, 10 Years After His Demise

They both claim that Jackson maintained an intimate relationship with them. However, the allegations are denied by Jackson's estate following which they filed a $100 million lawsuit against HBO. According to the lawsuit, HBO violated a clause from a 1992 contract which barred the network from making "disparaging remarks" about Jackson.HBO's counter-statement to the lawsuit stated that the contract has expired. But MTV still has time to decide on the award's name as it is not presented annually.

Jackson himself received the Vanguard Award in 1988, and later to honour the pop king, MTV renamed and added Jackson's name to the award in 1991. Rihanna, Beyonce, Kanye West, Britney Spears, U2 and Jennifer Lopez are some of the stars bestowed with the award. The VMAs will take place in August this year.