Ranbir Kapoor Does The Most Relatable Thing, Stalks Ex-Girlfriends Deepika Padukone And Katrina Kaif On Instagram 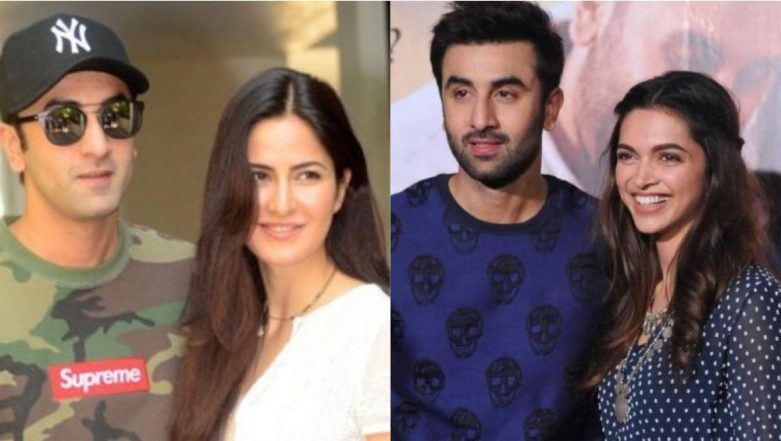 We all fall in love and out of it. Sometimes we move on. Sometimes we don't, at least not completely. The latter leads us to keeping a check on our ex-significant others by landing on their social media accounts every now and then. We all stalk our exes on social media, there is no denying it. Turns out Ranbir Kapoor is no different. The actor has dated two most beautiful actresses  - Deepika Padukone and Katrina Kaif, in the past, and guess what? He keeps checking out their posts on Instagram. No, we are not making this up. The actor himself admitted to this at a recent event.

Ranbir is not officially on Instagram, but it's no secret that he does have an account on the photo-sharing website, thanks to the revelations made by his friends on Karan Johar's famous chat show, Koffee With Karan. He is making good use of this secret account by stalking Deepika and Katrina on Instagram. Alia Bhatt and Ranbir Kapoor Feature in a TV Ad for the First Time.

No, we are not making this up. The actor himself admitted to this at a recent event where he was asked to name the celebrities he follows from his secret Instagram account, and he named, Deepika, Katrina along with his current bae Alia Bhatt and Ranveer Singh. Isn't this relatable?

Meanwhile, Alia and Ranbir seem to be going strong. The two are often spotted on date together. Recently, they had a dinner with his cousins, Karisma Kapoor, Aadar and Armaan Jain. Karisma shared the picture from their outing on her Instagram account. Check it out here if you haven't already:

Ranbir and Alia are also starring in Brahmastra, which is being directed by Ranbir's best friend, Ayan Mukerji.