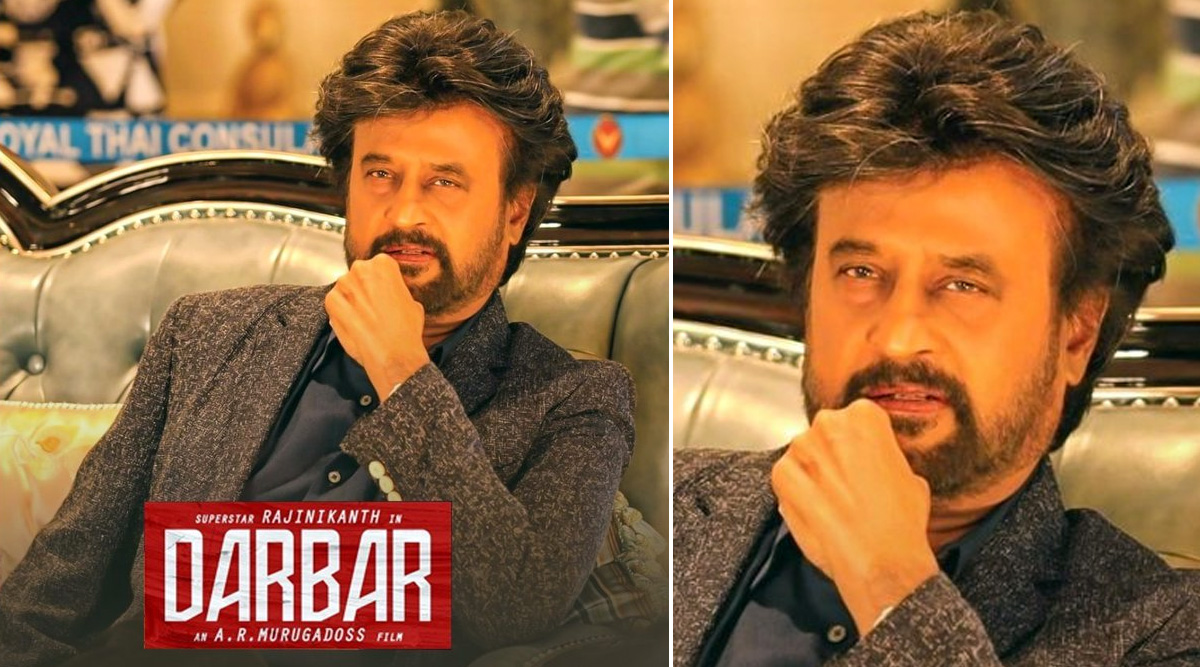 Rajinikanth and Nivetha Thomas starrer Darbar is creating a ripple effect on social media. The rave reviews about this mass entertainer have helped the makers to collect a hefty amount at the ticket windows. The fans too are cheering for the 'return of Thalaiva' in this AR Murugadoss film. While all this is happening on a good note, the makers were shocked to find the film being illegally telecasted on a local TV channel in Madurai. Darbar Movie Review: Rajinikanth Returns With a Whistle-Worthy Performance, Nivetha Thomas is a Surprise Package; Nayanthara is Wasted.

A channel named Saranya TV showcased the Tamil movie on 12th January 2020 in the evening slot. When the makers found out, they registered an official police complaint against the channel. They also shared the written complaint on Twitter to the fans know about this appalling incident. An official statement from them says, "#Darbar @LycaProductions files complaint against the @rajinikanth film being aired on Cable TV in #Madurai @rajinikanth @ARMurugadoss @anirudhofficial @santoshsivan @sreekar_prasad @SunielVShetty @divomovies @RelianceEnt @idiamondbabu @V4umedia_" Check out the images of the complaint below.

Complaint by the Darbar Makers

On the other hand, the makers are also facing the wrath of online piracy. It is no new thing for the fans to search for the latest releases on the illegal piracy sites instead of going to the theatres to watch it. TamilRockers, Filmywap and now Telegram, are some of the site/apps that the enthusiasts go to, to download and watch these films for free. However, even though this cybercrime is still to be curbed entirely, the makers were stunned to find the telecast of the entire movie in just a week of the film's release.