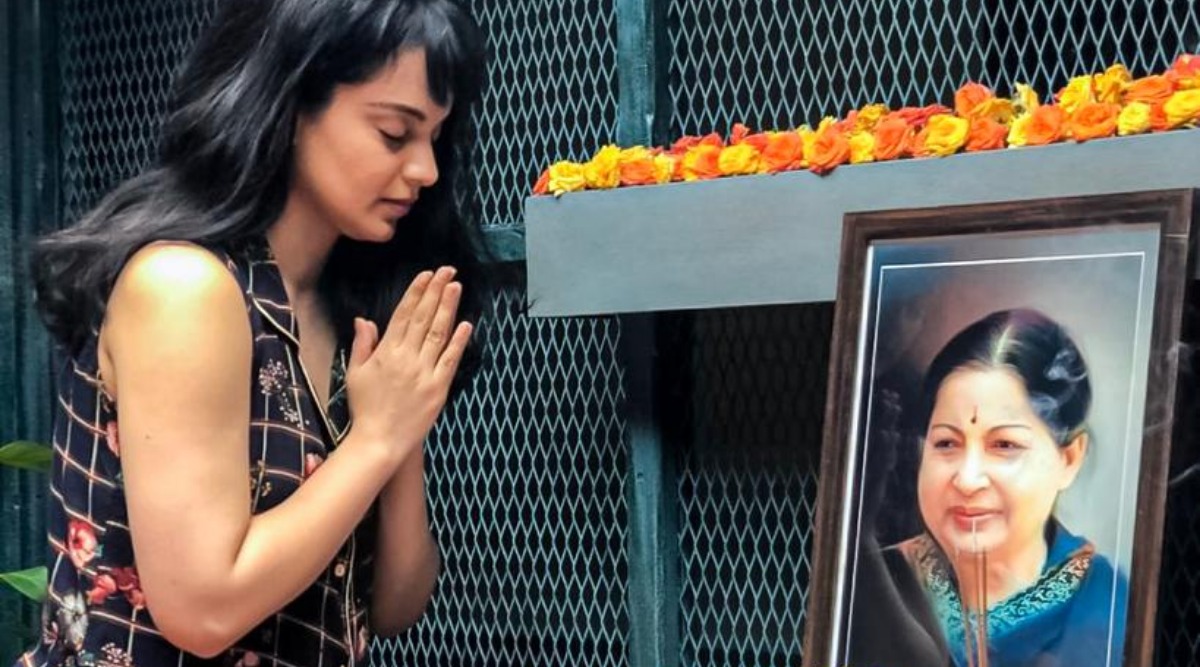 Kangana Ranaut is all set to play the role of late Chief Minister of Tamil Nadu, Jayalalithaa. The biopic titled Thalaivi is directed by AL Vijay. Today (December 5) is the death anniversary of Jayalalithaa, and Kangana has paid homage to ‘Thalaivi’ on the sets of the film. On December 4, 2016, Jayalalithaa was re-admitted to Apollo Hospitals in Chennai after she suffered from cardiac arrest. A statement was released by the hospital in which they mentioned that her condition was ‘very critical’. Jayalalithaa who was on life support system, passed away on December 5. Thalaivi First Look Out! Kangana Ranaut is Unrecognizable as Jayalalithaa, Movie to Release on June 26, 2020 (Watch Video).

#KanganaRanaut - who enacts the title role in #Jayalalitha biopic #Thalaivi - paid homage to #Jayalalitha on her death anniversary... #Thalaivi is directed by Vijay... Produced by Vishnu Induri and Shaailesh R Singh... 26 June 2020 release in #Hindi, #Tamil and #Telugu. pic.twitter.com/ZLhJljgXgI

With regards to the film Thalaivi producer Vishnu Vardhan Induri had stated, “I am excited to show this story of an actor turn politician, which is based on one of India’s most loved and followed public figures. Thalaivi is a very dear project to all of us as it is a story that needs to be told. And the way, Kangana has slipped into the character, is simply amazing. Can’t wait to present this film to the audience,” reports HT. Thalaivi is all set to be released in June 2020 in three languages – Tamil, Hindi and Telugu.