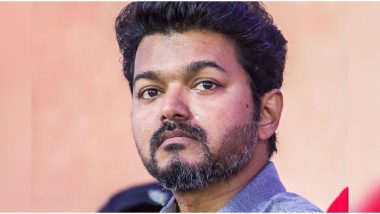 This year is definitely turning out to be shocking with each passing day. The coronavirus pandemic affecting thousands of lives, then some or the other climatic disaster or people taking drastic steps owing to depression or other reasons, many stressful things have been happening around. And it is disheartening to see when a young lad like Bala, who is said to be a die-hard fan of Thalapathy Vijay, died by suicide. Twitterati is trending #RIPBala and it started after this news broke out. Rajinikanth Fan Allegedly Murders a Thalapathy Vijay Fan Over COVID-19 Donations.

A few screenshots of tweets from the Twitter handle named @AlwaysLonely07 that is said to be of this young lad, who took such a drastic step, are going viral. It reportedly mentions how he has been depressed since quite sometime. In of the tweets, he has also mentioned how much he loves Thalapathy Vijay and his last wish was to watch Master. Apart from offering condolences, the Thalapathians are also mentioning how suicide is not a solution to any problem and how it is important for one to remain positive amid the ongoing tension across the globe.

Suicide is not the answer.

Shocking News For All Thalapathy Fans

```A Small Kind Request To Every Thalapathy Fans & Other Actors Fans.. Please Don't Take The Decision Of Getting Suicide That's Not The Right Thing.. If You Had Prblm Share to Your Friends Or Ask Them To Help...

Today We Missed One Of Our Beloved Thalapathy Fan.. 😓#RIPBala`` pic.twitter.com/qkPD6dZhpG

It Is Said That To Watch 'Master' Was His Last Wish

#ripbala @Jagadishbliss @SanjeeveVenkat this Guy died (Suicided) due to life problems today and I hope u pass this news to @actorvijay. This is his last tweet and this shows his love towards his idol and @actorvijay can help his family . RIP bala bro pic.twitter.com/X2gfv0veOu

Condolences To The Family

#RIPBala @Jagadishbliss bro parunga bro he died due to his family prblms he had a hopr that his idol and his inspiration @actorvijay sir will help his family plss convey bro pic.twitter.com/VEjmwDm1yd

There are several other fans of Thalapathy Vijay who wish this message to be conveyed to the superstar that one of his fans has died by suicide. May his soul rest in peace.

(The above story first appeared on LatestLY on Aug 14, 2020 08:53 AM IST. For more news and updates on politics, world, sports, entertainment and lifestyle, log on to our website latestly.com).