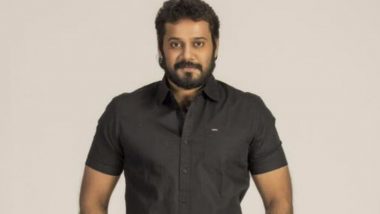 Actor Bala is known for his works in the south film industry. He has predominantly known for his works in Malayalam cinema, but has also worked in Tamil films as well. The actor has posted a video on Facebook in which he has not only spoke in length about his new project Annaatthe (directed by Bala’s brother Siva), but he has also issued a clarification about the leaked phone call recordings with a leading producer’s wife that surfaced online again, reports Onmanorama. Annaatthe: Rajinikanth’s Thalaivar 168 With Siva Gets A Title (Watch Video).

In this Facebook video (in Malayalam language), Bala has said that it was almost four months ago that his divorce case with his Amruta Suresh got over. He has also stated that he wants to move ahead in life and wants to understand why a year old call recordings is going viral right now. He said, “As everyone must be aware about my divorce case, I needed to record few phone calls for my own security reasons. It was made almost a year back and it's now that the recording is being circulated all for the wrong reasons.” He also said, “I don't know how the call got leaked but I know for sure who are behind such things and who all are trying to defame me. For now, I don't want to take actions as other's life will be in trouble. And all I wish is a happy life to people out there.”

Bala and Amrutha Suresh were dating for a brief period before the duo tied the knot in 2010. The two have a daughter named Avanthika who was born in 2012.

(The above story first appeared on LatestLY on Feb 26, 2020 05:00 PM IST. For more news and updates on politics, world, sports, entertainment and lifestyle, log on to our website latestly.com).