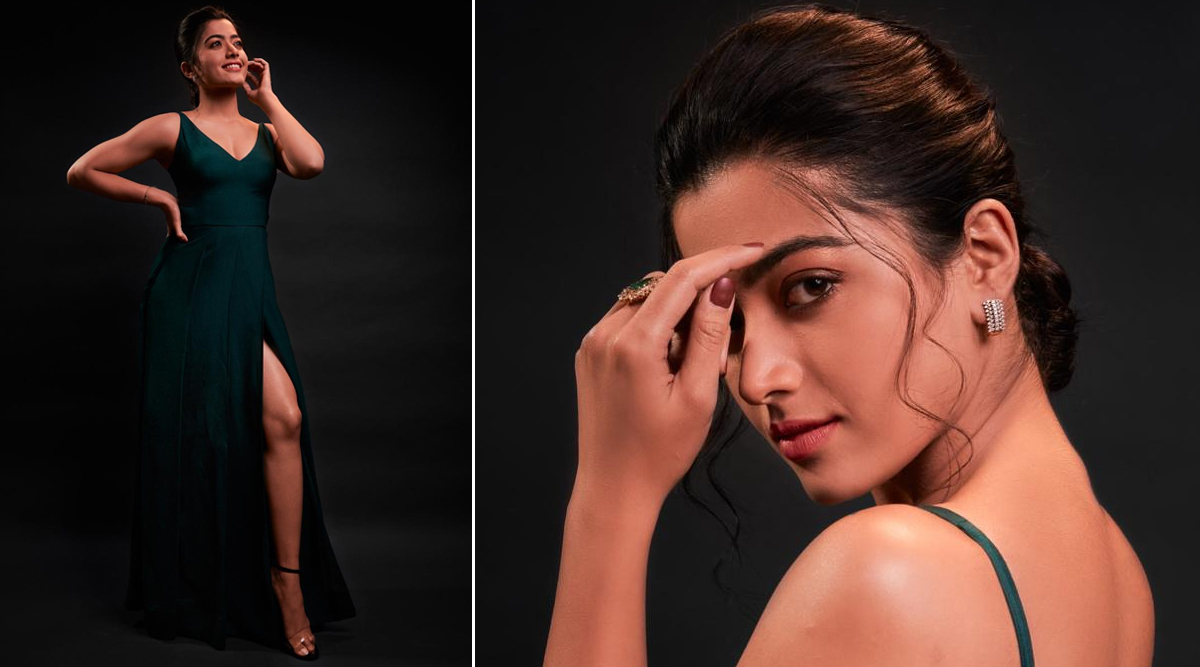 Jagtial, February 21: Jagtial Collector Gugulot Ravi has stoked a controversy with his alleged remarks on Tollywood actress Rashmika Mandanna. A comment from his Twitter handle (@Collector_JGTL) on the photograph said "Chinchavu Po", a slang phrase. Ravi, however, on Thursday filed a police complaint and said that his Twitter ID was hacked, The News Minute reported. Negative Comments on Social Media Accounts of Health Professionals Affects Their Credibility.

The actress had posted two pictures on Twitter on February 18 with the caption "Let me look at you for a second and give you a smileeeee!" Soon, a colloquial comment came from Ravi's Twitter handle. Mumbai Police Arrest Man for Threatening Priyanka Chaturvedi.

Let me look at you for a second and give you a smileeeee!🐒♥️ pic.twitter.com/KHAYESKyBR

Reacting to his comment, many netizens asked the Collector for clarification and trolled him saying that it is not proper to make such comments on pictures of a celebrity. Meanwhile, police confirmed that a case has been registered under relevant sections of the Indian Penal Code (IPC).

Last year, Rashmika Mandanna had bashed a troll for calling her "dagar" (prostitute) on Instagram. “A lot of you keep saying - ignore the bad comments or trolls and I generally do. Say anything you want about our work - you have the right.. but no one has any right to say anything about our families or our personal lives," she had said in her Insta story.