Bigg Boss 11's mastermind, Vikas Gupta, who was also all set to join Sidharth, Gauahar and Hina, has now been omitted from the list and will not be seen in BB14. 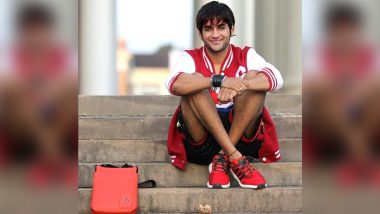 Bigg Boss 14 has been making all the buzz, especially ever since the promos of the show's on-air date from October 3, followed by those of Sidharth Shukla, Gauahar Khan and Hina Khan. The promos hint at how the diggaj players of the previous seasons of Bigg Boss will be taking an active part in the 14th season of the Salman Khan hosted reality show. However, Bigg Boss 11's mastermind, Vikas Gupta, who was also all set to join Sidharth, Gauahar and Hina, has now been omitted from the list and will not be seen in BB14. Bigg Boss 14: Sidharth Shukla Reveals His Winning Strategy in New Promo of Salman Khan's Show (Watch Video).

Vikas, who has been a regular face in the Bigg Boss franchise ever since his splendid game in Bigg Boss 11, was all set to join Sidharth, Gauahar and Hina's ranks, but has been eliminated from the show at the very last moment. ""It is a mystery why Vikas' name was struck off, more or less at the last minute. One wonders who did this to him and why. It was not in good taste, especially if you consider that his presence in the last 3 seasons- Season 11, 12 and 13- garnered good Trp," a source told ETimes TV. Bigg Boss 14: Gauahar Khan Is Changing the Game in the New Promo of Salman Khan's Show (Watch Video).

The portal also mentioned how Vikas had moved around a few of his other projects to do Bigg Boss 14 but this move has thrown his plans for a toss. Vikas was also quoted as saying to the portal, "Yes, I was approached for Bigg Boss 14 and I was game for it. Seems, they changed their mind. I am not going now. But it's okay." Well, Vikas Gupta was always a treat to watch in Bigg Boss and we will surely miss him.

(The above story first appeared on LatestLY on Sep 21, 2020 02:25 PM IST. For more news and updates on politics, world, sports, entertainment and lifestyle, log on to our website latestly.com).