Cartel: Pranati Rai Prakash Opens Up About Her Role in ALTBalaji’s Web Show

Actress Pranati Rai Prakash has talked about her role in the upcoming web series Cartel. She describes her character as motivated and emotionally volatile. 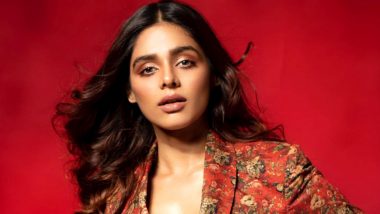 Actress Pranati Rai Prakash has talked about her role in the upcoming web series Cartel. She describes her character as motivated and emotionally volatile. "My character's name in the Cartel is 'Sumi'. She is an aspiring actress who is very motivated, loves her family but is sensitive and emotionally volatile. In the series, you'll watch her evolution. She is the youngest member of the Angre family and the most loved one," Pranati said. The Family Man’s Raj & DK Feels Web Shows Give Scope to Experiment with Music More Than Films.

The web series also stars Tanuj Virwani, Rithvik Dhanjani and Sanaya Pithawala. Pranati could not stop gushing about her role. The 23-year-old actress added: "She is the youngest member of the Angre family, full of life and the most loved one. Teen Do Paanch: Lyricist Amitabh S Verma Opens Up About Directing Shreyas Talpade, Bidita Bag’s Web Show.

It was a great experience working with such great actors like Supriya Pathak ma'am, Jitendra Joshi sir, Rithvik Dhanjani, Tanuj Virwani who is also my co-actor for the second time! Everyone was lovely to work with, all of my co-actors." "Cartel" is an action-drama on MX Player and ALTBalaji. It is based in Mumbai and has a story with action, drama and powerplay.

(The above story first appeared on LatestLY on Jul 30, 2021 10:33 PM IST. For more news and updates on politics, world, sports, entertainment and lifestyle, log on to our website latestly.com).