Naagin 5: Asha Negi Rubbishes Reports Of Being Roped In For Ekta Kapoor's Supernatural Show (Deets Inside) 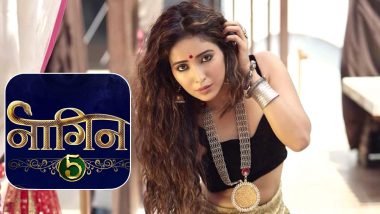 It was a while ago, when the soap queen, Ekta Kapoor had confirmed that Naagin 4 will come to an end after the lockdown with four episodic finale. She also revealed how after the same, they will immediately jump to the next season of the supernatural franchise. As soon as this news made it to the web, many names of popular celebs popped online to play as the leads on the show. From Divyanka Tripathi, Mahekk Chahal, Asha Negi to Dipika Kakar, these are a few names that were reportedly approached for the show. While Divyanka and Mahekk denied the reports, Dipika preferred to remain mum. Now, Asha Negi has addressed the said rumours. Naagin 5: Mahek Chahal In Talks For the Next Season of Ekta Kapoor's Supernatural Show? Actress Denies Claims (View Post).

When Spotboye asked the actress if she is doing Naagin 5, Negi's answer was NO. "It's not true and just a rumour," she replied to the portal. Well, now that's the end to the speculation that Asha was considered to be part of the venomous show. Looks like she is concentrating on her Bollywood debut along with Abhishek Bachchan titled as Ludo. Ekta Kapoor Confirms Naagin 5, Says 'Naagin 4 Will End With A 4 Episode Fantastic Finale And We Will Immediately Get Into Naagin 5' (Watch Video).

Fans are eagerly wanting to know the cast of Naagin 5. Earlier, it was also reported that Hina Khan and Surbhi Chandna will be part of the upcoming season of the show, but there will be a twist to the tale. Meanwhile, in the current one, we see Nia Sharma, Vijayendra Kumeria and Rashamu Desai as the prominent faces. Stay tuned!

(The above story first appeared on LatestLY on Jul 07, 2020 07:07 PM IST. For more news and updates on politics, world, sports, entertainment and lifestyle, log on to our website latestly.com).