According to Gaprindashvili, there's one problem. In the final episode, she's referenced by a chess commentator who says about Harmon, "The only unusual thing about her, really, is her sex. And even that's not unique in Russia.There's Nona Gaprindashvili, but she's the female world champion and has never faced men." 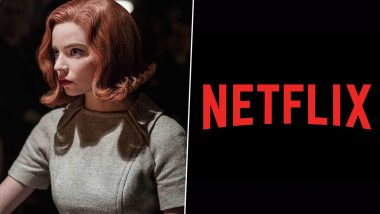 Nona Gaprindashvili, one of the top chess players in the world in the 1970s, has filed a defamation suit against Netflix on Thursday over The Queen's Gambit. According to The Hollywood Reporter, the hit series, based on a 1983 novel, focuses on the rise of fictional chess player Beth Harmon. In the show, Harmon is raised in an orphanage and eventually beats Russia's finest players in the 1960s in Moscow at the height of the Cold War. Anya Taylor-Joy’s The Queen’s Gambit to Be Adapted into a Musical.

But, according to Gaprindashvili, there's one problem. In the final episode, she's referenced by a chess commentator who says about Harmon: "The only unusual thing about her, really, is her sex. And even that's not unique in Russia. There's Nona Gaprindashvili, but she's the female world champion and has never faced men." Claiming this comment puts Gaprindashvili in a false light, the suit says "the allegation that Gaprindashvili 'has never faced men' is manifestly false, as well as being grossly sexist and belittling." The Queen’s Gambit Dominates Night One of 2021 Creative Arts Emmys, Here’s Complete Winner List.

Gaprindashvili states that by 1968, when the episode is set, she had competed against at least 59 male chess players, including 10 grandmasters. "Netflix brazenly and deliberately lied about Gaprindashvili's achievements for the cheap and cynical purpose of 'heightening the drama' by making it appear that its fictional hero had managed to do what no other woman, including Gaprindashvili, had done," the complaint alleges. Advancing her pieces against the streamer, the former chess champion has also taken umbrage with something else.

"Piling on additional insult to injury, Netflix described Gaprindashvili as Russian, despite knowing that she was Georgian, and that Georgians had suffered under Russian domination when part of the Soviet Union, and had been bullied and invaded by Russia thereafter," the suit states. Whether a single passing comment in the series is really actionable and hurts Gaprindashvili's reputation will be determined by the court.

She's represented by Rodney Smolla, Dean of Delaware Law School of Widener University. Gaprindashvili is seeking at least USD 5 million in actual damages plus more in punitive damages. She also wants a court order that would remove the statement that she never played against men. "Netflix has only the utmost respect for Ms. Gaprindashvili and her illustrious career, but we believe this claim has no merit and will vigorously defend the case," a Netflix spokesperson responded, as per The Hollywood Reporter.