Vikrant Massey Birthday: 5 TV Shows Of The Actor That Made Us Fall For Him Even Before Lootera Happened

In case of Vikrant Massey, we didn't need Lootera to be deeply in love with him. His TV choices had already made us his fan. So on his birthday, let's talk about the five TV shows from Dhoom Machao Dhoom to Qubool Hai. 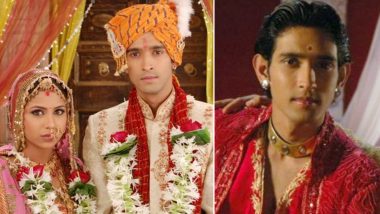 There is a reason why people from the 90s feel so strongly for Shah Rukh, Salman and Aamir Khan along with Akshay Kumar, Ajay Devgn and others. We have watched these people become the superstars they are today since their first on screen presence. And we are glad to say here that we feel the same connection with birthday boy Vikrant Massey. He began his journey from Television and by the time Lootera happened to him, we were already too deeply in love with him. Even in terms of his TV choices, you could make out that the man didn't believe in following a herd mentality. So on his birthday, let's talk about the five TV shows which made us his fan much before his Bollywood debut happened. Vikrant Massey Gets Married to Sheetal Thakur in an Intimate Ceremony; Picture of Bride and Groom Goes Viral!.

Vikrant played a shy poet in this Disney India original. It obviously is a high school drama complete with love, crushes, betrayal and victory. He looked so cute in this! He even choreographed a few dance sequences in the show because he is also a trained ballet dancer. Bet you didn't know that!

Massey plays the Dharam, the prince with a lot of intellect, composure and an analytical mind to run his kingdom. While he seems like a naive and soft man, he is an extremely brainy prince. The way the actor controls the character is so rare to see in Television shows. No exaggerated expression or pointless melodrama... Forensic: Vikrant Massey and Radhika Apte Team Up for the Hindi Remake of Tovino Thomas’ Malayalam Hit (Watch Motion Poster).

Massey played Shyam who marries a widow and makes a point to tell everyone why it is absolutely okay to do so. It was the beginning of Colors when such social stories found a lot of takers. Massey did an excellent job of a man who never cared for pointless societal norms and made us fall for him more. Even today, men ask if a woman can cook well on dates and yet here Shyam didn't care about the societal norms.

Post BV, Television found the desi rural story formula as the gamechangers and went for it as moth is drawn to a flame. In the midst of all that came, Baba Aisa Varr Dhundo where Vikrant played Murli Laal who marries a dwarf. Championing for a cause in his TV shows had become one of this thing. How do you not like a man like that!

This was perhaps Massey's last TV role in a fiction show. He played Ayaan Ahmed Khan who is very close to Asad Khan played by Karan Singh Grover despite being step brothers. He later quit the show but not before winning our hearts.

So our love for Vikrant Massey is like that Twitter meme, 'You Know him from Lootera, We Know Him From Balika Vadhu, we are not same!'

(The above story first appeared on LatestLY on Apr 03, 2022 08:20 AM IST. For more news and updates on politics, world, sports, entertainment and lifestyle, log on to our website latestly.com).