The court prohibited the council from issuing eligibility certificates to students scoring less than 80 per cent marks in the qualifying entrances for admission to medical colleges/ institutes in foreign countries. 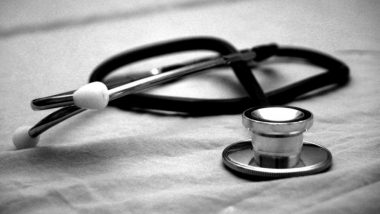 In India, the competition to secure a seat in any medical colleges is getting tougher. With the new exam pattern for the National Eligibility cum Entrance Test (NEET), aspirants are already in stress if they will be able to clear the exam at one go. Many students approach foreign medical institutes appearing on the entrances set by the Medical Council of India (MCI). But some fails to qualify the mandatory screening Foreign Medical Graduate Examination (FMGE) to practise in India. Followed by this, the Madras HC has asked MCI to increase the qualifying marks in FMGW. The court further prohibited the council from issuing eligibility certificates to students scoring less than 80 per cent marks in the qualifying entrances for admission to medical colleges/ institutes in foreign countries. Aadhaar Not Mandatory for School and College Admissions, Boards Like CBSE and Competitive Exams Like NEET.

While passing the order, the Madras High Court Justice N Kirubakaran noted that in the past ten years, only 15 to 25 per cent of doctors with foreign medical degrees could clear the mandatory FMGE conducted by the National Board of Examination (NBE) to practise in India. The court wondered when students scoring above 95 per cent in the qualifying examinations are unable to get a medical college seat in India, how can a candidate with 50 per cent be allowed to get admission in a foreign college. Justice Kirubakaran made the observations on a plea by a foreign medical degree holder, Thamarai Selvan. NEET, UGC NET, JEE Main, CMAT and GPAT: NTA Releases Exam Schedule & Result Dates for 2018-19.

(The above story first appeared on LatestLY on Sep 29, 2018 09:29 PM IST. For more news and updates on politics, world, sports, entertainment and lifestyle, log on to our website latestly.com).