The implementation of the Goods and Services Tax (GST) has received much appreciation from various industries, but there are sectors that have been terribly impacted after the introduction of the new tax regime. 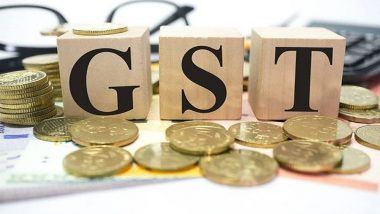 The implementation of the Goods and Services Tax (GST) has received much appreciation from various industries, but there are sectors that have been terribly impacted after the introduction of the new tax regime.

Private security is among the worst hit. The industry, which ensures security to other sectors, is looking rather unsafe and unstable under the taxation pressure. Going by available estimates, around nine million people, both men and women, are employed in India's private security industry (PSI) and it has the potential to employ an additional 3.1 million people by 2022.

The livelihood of this large chunk of people is at stake as the industry mainly comprises small and medium security agencies which work on very low margins and often struggle with cash-flow problems. For such SMEs, even distributing monthly salaries to their employees is itself a challenge and the burden of 18 per cent tax on their gross income will worsen their precarious economic condition.

In fact, the 18 per cent GST has created cash-flow problems for a majority of private security agencies in the country. Instead, a five per cent GST on their gross income -- or 18 per cent GST only on their commission -- would be a more feasible rate for the industry and the people employed in it. Union Cabinet May Consider Converting GST Network to Government Entity Wednesday.

Security companies are liable to pay GST on the 20th of every month, the usual trend in the industry is that their clients clear invoices after only 60-90 days. This imbalance causes a vicious cash crunch in the industry. Though PSI is the second-largest employer in the country after agriculture, many security organisations are compelled to retrench their employees to ward off business closure.

The industry veterans have already expressed their concern before the Finance Ministry and the GST Commissioner. Several written requests have been made to Cabinet ministers and government officials, including Minister of Railways and Coal Piyush Goyal, but no concrete decision has been taken so far, except for words of sympathy.

Unfortunately, sympathy cannot save the livelihoods of millions of people and the future of their dependents. The industry cannot sustain heavy losses for long and expects positive action from the government -- replacing the existing 18 per cent GST with a five per cent levy.

According to a joint study of Ficci and management consulting firm BDO, the organised Indian PSI is growing annually at 20 per cent and its total worth is expected to reach Rs 1.5 lakh crore by 2022. Despite knowing its significance in supporting the government machinery in homeland security and realising the fact that PSI is creating jobs for those who have migrated from villages, and retired servicemen, the government seems a bit irrational in levying 18 per cent GST on the industry which safeguards the interests of the whole economy.

Moreover, at a time when crime against women is rising in the workplace, the government should take adequate measures to boost the industry rather than adopting discouraging policies. The present tax rate on the industry needs to be revised as PSI is a labor-intensive industry where the biggest component of costs comes under the head of wages. Hence, either the GST rate should be reduced or the compliance obligation must be shifted from the service provider to the service user.

These initiatives will definitely help more than 15,000 MSMEs, and millions of guards would be able to secure their jobs.

(The above story first appeared on LatestLY on Sep 27, 2018 11:52 AM IST. For more news and updates on politics, world, sports, entertainment and lifestyle, log on to our website latestly.com).