Jallikattu: 19-Year-Old Gored to Death by Bull in Madurai 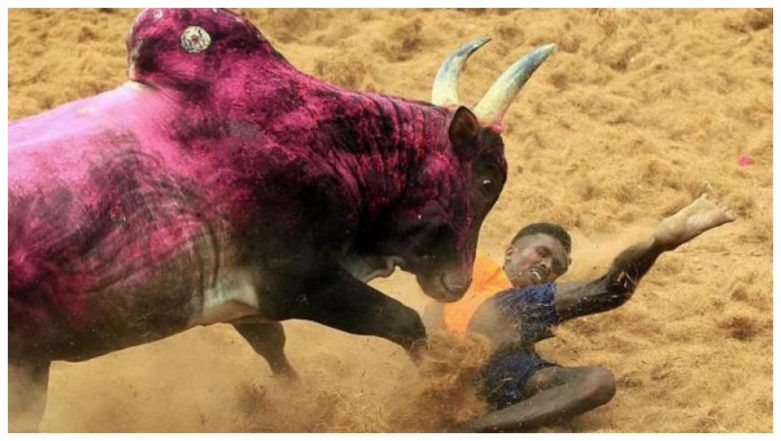 Tamil Nadu, January 15: A 19-year-old spectator was reportedly gored to death by a bull during the controversial bull-taming sport, Jallikattu, today in Madurai. Jallikattu started in Tamil Nadu after a gap of three years in view of the ban.

As per the tradition, a bull was released into the crowd of contestants enclosed within a fence, where each tried to grab the hump of the bull and tried to ride it as long as possible. However, the raging bull reportedly jumped into the packed grandstands. It was then when the young boy at the end of the arena was gored to death.

The Supreme Court banned Jallikattu in 2014 after the complaints of extreme animal cruelty. Last year, after massive protests, the state enacted a law to bypass the top court's verdict.