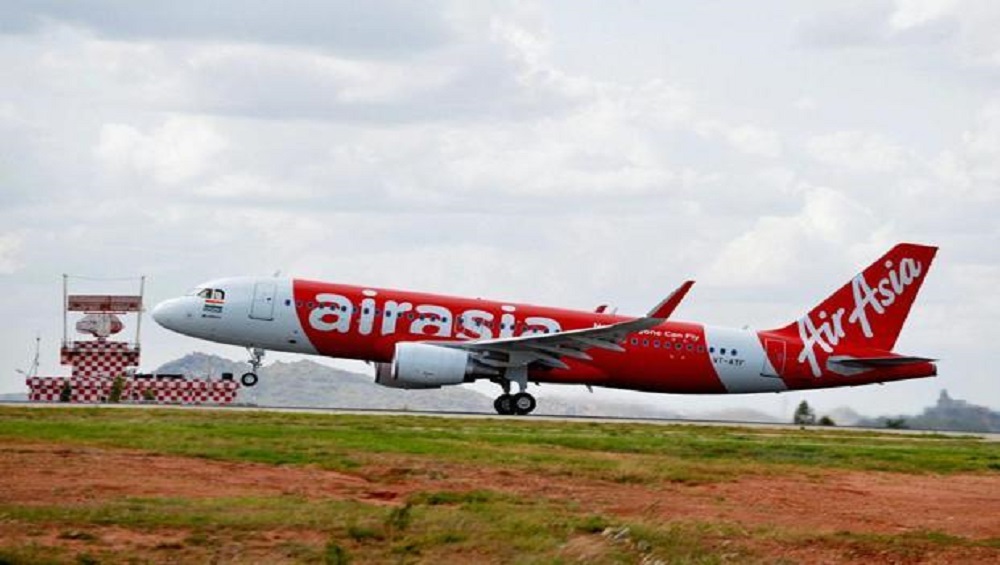 Kolkata, January 12: Air Asia flight from Kolkata to Mumbai made an emergency landing at the Netaji Subhash Chandra Bose International (NSCBI) airport after a woman on board threatened to blow up the aircraft. The incident took place on Saturday night. The female passenger identified as Mohini Mondol, a resident of Salt Lake, was later arrested. Air India Mumbai-Newark Flight Makes Emergency Landing at London Stansted Airport After Hoax Bomb Threat.

According to police, Mondol, who was on board Air Asia flight I5316, passed a note to a cabin crew member after 40 minutes of flying. She requested the crew to deliver the note to the pilot. The note said that bombs were strapped to her body and warned that she would detonate them any moment. AirAsia Hyderabad-Delhi Flight I5-719 Makes an Emergency Landing at IGI Airport.

The pilot informed the air traffic controller (ATC) that aircraft is returning to Kolkata due to bomb threat. Reports said that the plane was taken to the isolation bay upon landing. The woman was arrested by the Central Industrial Security Force (CISF). No explosives were found on the plane

“There was no bomb strapped to her body. Further investigation is on. She is yet to divulge why she created the bomb scare, why was she going to Mumbai and why she wanted the flight to return to Kolkata,” a senior officer of the NSCBI Airport police station was quoted as saying by Hindustan Times.