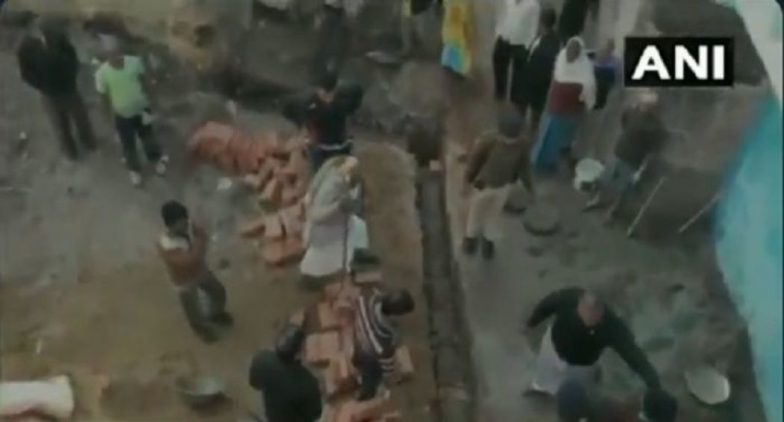 Following a complaint by the survivor, a case has been registered and cops are looking into the matter. Police officer Nirajan Sinha, speaking to ANI said, "We have received a written complaint where the complainant has alleged that while he was overseeing the construction of boundary wall at his plot, the local MLA arrived at the place and misbehaved with him. He has alleged that legislator abused and thrashed him. We are investigating the case. Necessary action will be taken after the investigation."

This is not the first case of politicians misbehaving with the common man. Every year many such cases are reported but the condition remains the same.

Earlier in a similar incident from Madhya Pradesh, Congress leader Ramesh Kashyap was caught in CCTV footage thrashing the toll booth employees. In the video, Kashyap with his supporters can be seen misbehaving with toll plaza employees and beating them.