Jammu and Kashmir: Pakistan Violates Ceasefire Along LoC in Poonch 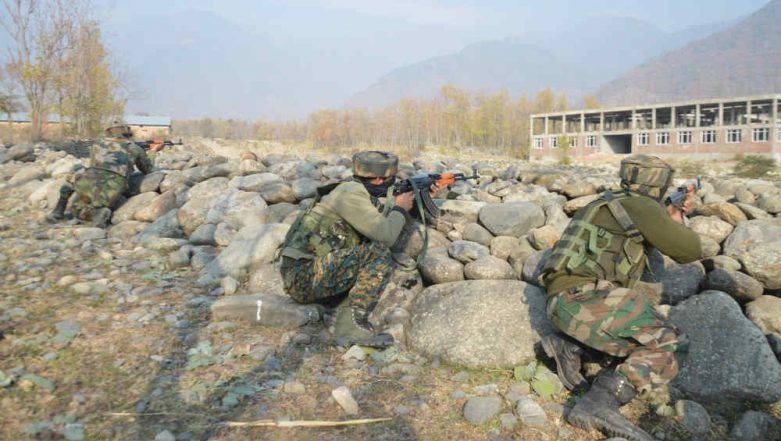 Jammu, September 1: Pakistani troops on Sunday resorted to mortar shelling and small arms firing on forward posts and villages along the Line of Control (LoC) in Poonch district of Jammu and Kashmir, officials said.

The ceasefire violation by Pakistan comes a day after Army Chief General Bipin Rawat visited the troops on the LoC in the twin districts of Poonch and Rajouri, and reviewed the prevailing situation and operational readiness of the units of White Knight Corps. Jammu And Kashmir: Pakistan Violates Ceasefire in Rajouri, Indian Army Hits Back.

Officials said the firing from across the border was intense and was still continuing when last reports were received. However, there was no report of any casualty in the Pakistani firing, they said.

Seven people, including five soldiers and a 10-day-old baby, were killed and several others injured in frequent ceasefire violations by Pakistan along the LoC in the two districts since July.

The chief of Army staff (COAS), who was on a two-day visit to Jammu and Kashmir, on Saturday visited forward areas along the LoC in Poonch and Rajouri districts, and reviewed the mission readiness of units, response mechanism to ceasefire violations, measures adopted to deal with Pakistan proxies, counter infiltration posture and preparation to deal with violent actions on the Line of Control.

During his visit, Gen Rawat interacted with the soldiers deployed on the LoC and commended them for their unwavering dedication to duty, selfless devotion and high standard of professionalism.