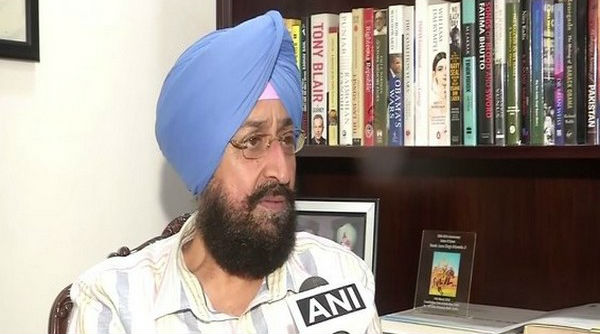 New Delhi, October 30: Congress MP from Punjab Pratap Singh Bajwa on Wednesday said he will not be part of the Sikh delegation to Gurdwara Kartarpur Sahib in Pakistan if it is led by Amarinder Singh, claiming the chief minister has not kept his promises to the people.

However, the Rajya Sabha member said he was keen to be part of the proposed 'jatha' (delegation) if it is led by former prime minister and senior Congress leader Manmohan Singh. The former premier is part of the first Sikh delegation to the historic Sikh shrine after the opening of the Kartarpur corridor. Pakistan Invites Congress Leader Navjot Singh Sidhu For Kartarpur Corridor Opening Ceremony on November 9.

"I will not be a part of the delegation led by Amarinder Singh as he has not kept his promises of bringing the culprits of the Bargadi sacrilege, those behind the drug mafia and other sacrilege issues to book. "He has not kept any of his promises by not taking action against the culprits in both the drugs and sacrilege incidents. The Akali leaders are known to be involved in the drugs and sacrilege issues, but the chief minister has not taken any action against any of them," Bajwa told PTI.

Manmohan Singh is senior to Amarinder Singh both in age and stature, and the former prime minister also is a devout Sikh, he said, adding that he will be part of the 'jatha' if led by the former premier.

Bajwa has also proposed that the central government provide subsidy to Sikh pilgrims on the pattern of that granted to Hajjis. The MP also suggested setting up of a trust and an escrow account that would refund the USD 20 being imposed by Pakistan on each Kartarpur Sahib pilgrim as service charge.

The trust and account will have contributions from both the central and Punjab governments besides the Sikh Gurdwara Prabandhak Committee, he suggested. Kartarpur Corridor: Devotees Need to Apply For Permit 30 Days in Advance, Says Report.

The Pakistani government should not stamp pilgrims' passports, but just stamp a slip, Bajwa said. The Indian government has opposed the imposition of the charge. The Congress has alleged that it is "Jazia tax" being charged from sikh pilgrims visiting the Gurdwara.