Lata Mangeshkar, also known as the “Nightingale of India,” was awarded the Bharat Ratna, the country’s highest civilian honour. She closely witnessed the transitions of the Indian film world for decades. Beyond films, she was always passionate about India’s growth. 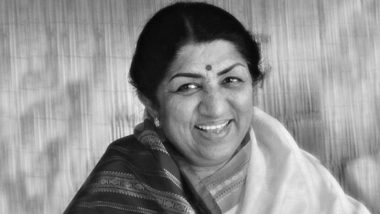 And with this India remembers the melody of a voice unmatched, as the nation mourns a great loss. It’s the end of an era, Legendary singer Lata Mangeshkar, who enchanted people with her songs for decades, passed away in the early morning of Sunday (February 6, 2022).

Expressing anguish over the demise of Nightingale of India, Prime Minister Narendra Modi said, “She leaves a void in our nation that cannot be filled.”

I am anguished beyond words. The kind and caring Lata Didi has left us. She leaves a void in our nation that cannot be filled. The coming generations will remember her as a stalwart of Indian culture, whose melodious voice had an unparalleled ability to mesmerise people. pic.twitter.com/MTQ6TK1mSO

The President and Vice President of India also took to Twitter and expressed sadness over this great loss of the nation.

Lata-ji’s demise is heart-breaking for me, as it is for millions the world over. In her vast range of songs, rendering the essence and beauty of India, generations found expression of their inner-most emotions. A Bharat Ratna, Lata-ji’s accomplishments will remain incomparable. pic.twitter.com/rUNQq1RnAp

I am extremely saddened by the demise of Lata Mangeshkar Ji, the Nightingale of Indian Cinema and legendary singer. India has lost its voice in the death of Lata ji, who has enthralled music lovers in India & across the globe with her mellifluous & sublime voice for many decades. pic.twitter.com/C9m3PfexyP

Lata Mangeshkar, also known as the “Nightingale of India,” was awarded the Bharat Ratna, the country’s highest civilian honour. She closely witnessed the transitions of the Indian film world for decades. Beyond films, she was always passionate about India’s growth. Lata Mangeshkar No More! India’s Melody Queen Fondly Known As ‘Lata Didi’ Passes Away at 92.

The journey of Lata Mangeshkar is a story of courage, determination and discipline. She was more than a singer who mesmerised people with her enthralling voice, but a woman who saw and adapted with the years of transition of India’s entertainment industry.

“कलाकार के लिए सबसे ज़ादा ज़रूरी है के वो गाने का मूड समझे,” (It is more important for an artist to understand the mood of a song than to simply sing it) – Late Lata Mangeshkar said in an interview with Prasar Bharati.

Know the Journey of Lata Didi in This Exclusive Interview With Prasar Bharati:

From Prasar Bharati Archives, Listen to This Interview of Legend Lata Mangeshkar by Shanta Shelke:

In 2007, she was also awarded France’s highest civilian honour, the Officer of the Legion of Honour. She received honorary doctorates from the Sangeet Natak Akademi in 1989, the Indira Kala Sangeet Vishwavidyalaya in Khairagarh, and Shivaji University in Kolhapur, among others. Lata Mangeshkar, 92, perhaps was the most revered artist of India who leaves behind a legacy unmatched.

(The above story first appeared on LatestLY on Feb 06, 2022 01:29 PM IST. For more news and updates on politics, world, sports, entertainment and lifestyle, log on to our website latestly.com).