The incident took place at Ward No 7 of Diamond Harbour Municipality in South 24 Parganas where the councillor Kakoli Bar, along with some of her associates, assaulted a woman and her daughter allegedly for having a bad character. 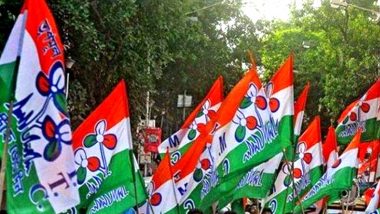 Kolkata, November 9: The moral policing of an outgoing Trinamool Congress councillor, who assaulted a mother-daughter duo for allegedly having a "bad character", has triggered a controversy. The incident took place at Ward No 7 of Diamond Harbour Municipality in South 24 Parganas where the councillor Kakoli Bar, along with some of her associates, assaulted a woman and her daughter allegedly for having a bad character.

After one of their relatives lodged a complaint with the Diamond Harbour police station through 'Speed Post,' on Saturday, some people led by Bar broke open the door and pulled the victims out of their house and assaulted them in full public view. "My daughter and I were forced out of the house and tied to a tree. Then they gave a stick to my husband and forced him to beat me. People were coming and slapping me for no reason. My daughter was also beaten up. They handed over a blade to my autistic son and asked him to shave off my head. However, some people came forward and resisted them from committing such a heinous crime," the victim said.  Moral Policing Act in Kolkata: 'You Should be Raped,' Woman Tells Girl in Shorts.

"They took Rs 5,000 to release us. They threatened me with dire consequences if I ever reported the matter to the police. They even forced us to leave the village," she added. That night only, the duo left the village and came to a relative's house. "I don't know what to do now. My husband and mentally challenged child are still in the house. I don't know how to protect them," the victim said. When asked, the councillor in question Kakoli Bar said, "I shall not say anything".  Moral Policing in Kolkata Metro: Couple Thrashed & Beaten for Hugging Each Other by Elderly Passengers.

However, local people alleged that they were not beaten by anybody. The woman's husband was so upset with her that he beat her up with a huge bamboo stick. Taking cognisance of the matter, Trinamool Congress MLA of Diamond Harbour Pannalal Halder said, "We are taking information and if the allegations are correct, then strict action will be taken against the councillor".

(The above story first appeared on LatestLY on Nov 09, 2021 03:25 PM IST. For more news and updates on politics, world, sports, entertainment and lifestyle, log on to our website latestly.com).