Mumbai: Fire That Broke Out at High-Rise in Vile Parle Brought Under Control, No Casualties Reported 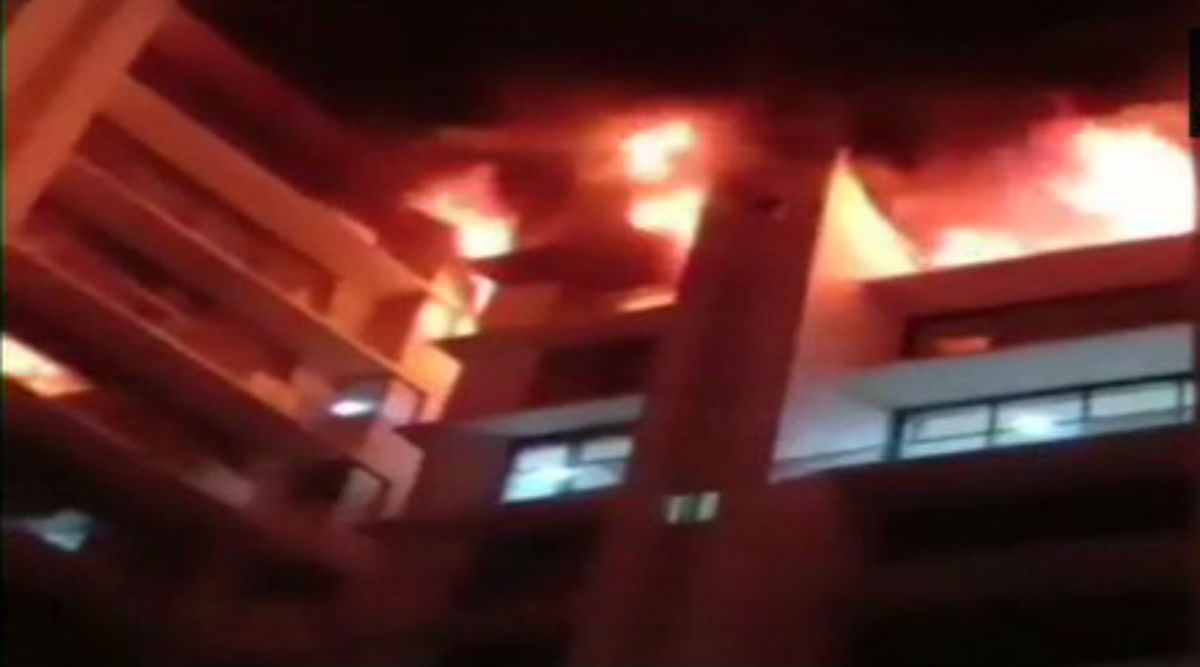 Mumbai, December 22: The massive fire that broke out in Mumbai's Vile Parle West area in Labh Shrivalli building on Sunday evening was brought under control after more than an hour of fire fighting. No casualty or loss of live was reported from the fire. Fire tenders have been rushed to the spot. Mumbai: Fire Breaks Out at Commercial Building in Andheri.

The fire was confined to the seventh and eighth floor of the building, said reports. The flames were first noticed by the people who soon raised an alarm. Fire tenders were immediately rushed to the spot. Mumbai Fire: 84 Saved from Burning MTNL Building in Bandra.

The fire had reportedly broken out around 7 pm, said initial reports. Several people were initially trapped. All of them were rescued in the operations that followed.

The cause of fire is yet to be known. Fire engines along with water tankers were rushed to the spot and they successfully doused the flames.