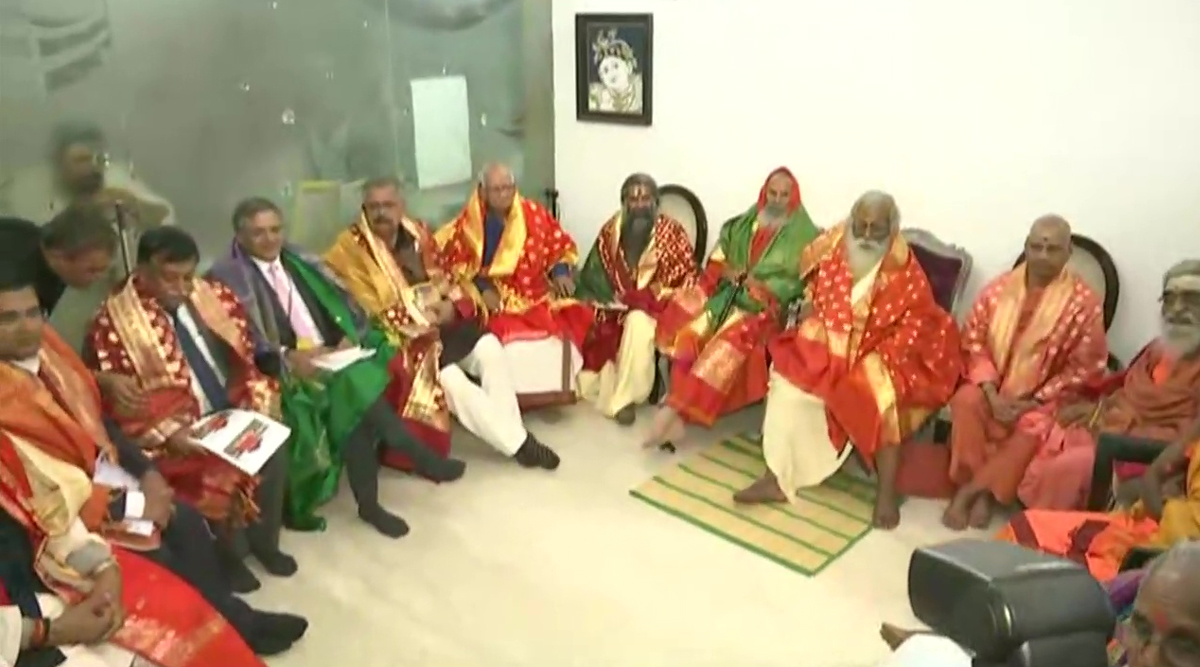 New Delhi, February 19: The first meeting of the "Shri Ram Janambhoomi Teertha Kshetra" Trust was held on Wednesday in Delhi to oversee construction of a Ram temple at Ayodhya. In the meeting, Nritya Gopal Das was named President of the trust, while Champat Rai was appointed General Secretary. Govind Dev Giri was nominated as the Treasurer. The meeting took place at the residence of K Parasaran, the head of the trust. Govt Names Members of Ayodhya Ram Temple Trust.

The newly-appointed Chairman of the Ram Mandir Trust said the new model of the Ram Mandir will remain the same as proposed by the VHP, but some changes will be made to make it even higher and bigger. As per the proposed model, the two-storey Ram Mandir will be built on 2.75 lakh cubic metre area. The temple will be divided in five parts - Garbhgriha, Kauli, Rang Mandap, Nritya Mandap and Singh Dwar.

In other key decisions, Prime Minister Narendra Modi's former principal secretary Nripendra Misra was handed over the charge to head the temple construction committee of Ram Janmabhoomi Trust. Prime  Minister Narendra Modi on February 5 made the announcement in the Lok Sabha to constitute the 15-member Shri Ram Janambhoomi Teertha Kshetra Trust to oversee the construction of a "grand and magnificent" Ram Temple in Ayodhya. The trust has seven members, five nominated members and three trustees.

The trust was formed in adherence to the Supreme Court verdict on the Ayodhya dispute in November last year. The apex court had said the trust should be formed within three months for the construction of the temple at the site where many Hindus believe Lord Ram was born. The top court in its landmark judgment also directed the Centre to allot an alternative 5-acre plot to the Sunni Waqf Board for building a new mosque at a "prominent" place in the holy town in Uttar Pradesh.