Odisha: Fire Breaks Out in Rajdhani Express Near Khantapada 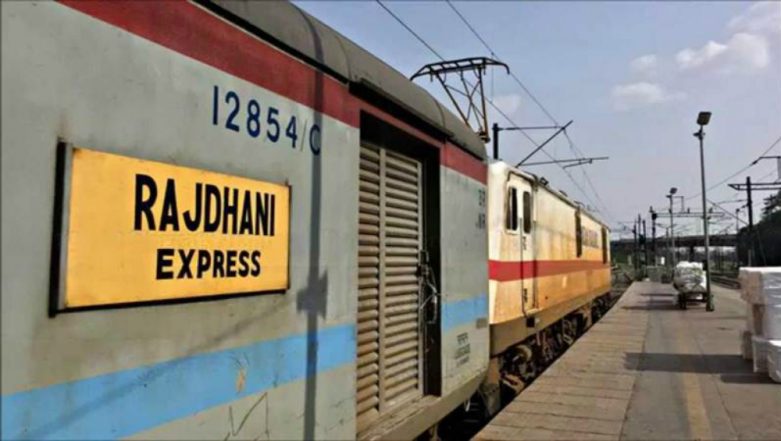 Khantapada, May 11: A fire broke out in the rear power car of New Delhi-Bhubaneswar Rajdhani Express (22812) at 12:48 pm near Khantapada in Odisha on Saturday. The escort party on the train and the on-duty guard noticed the fire and informed all concerned authorities and the fire brigade.

As a safety measure, the generator car was detached from the train, no passenger faced any difficulty as the fire did not reach any passenger coach. No casualties or injuries were reported. Rajdhani Express to Run at 160 kmph on All Routes, Indian Railways Conducts Successful Trials With WAP-5 Engine.

Fire broke out in the power car of New Delhi-Bhubaneswar Rajdhani Express near Khantapada, Odisha. The fire has been brought under control and no casualties or injuries have been reported. As safety measure generator car has been detached. pic.twitter.com/stMB9yz5uf

The train departed from the site of the accident a little before 3 pm towards its destination, Bhubaneswar. All AC coaches of the Rajdhani were running normal and the power car of the engine was working all right. The fire was brought under control by a team of Odisha Fire and Disaster Response Academy.