The Supreme Court on Thursday said jails are overcrowded, and the situation is terrible there - from sodomy to forced homosexuality, and it fills the prisoner with revenge against the system. 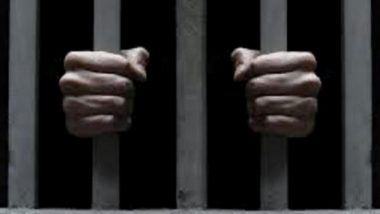 New Delhi, Sep 29: The Supreme Court on Thursday said jails are overcrowded, and the situation is terrible there - from sodomy to forced homosexuality, and it fills the prisoner with revenge against the system.

A bench of Justices K.M. Joseph and Hrishikesh Roy made these observations after directing the Taloja Jail Superintendent to immediately shift Gautam Navlakha, jailed in Bhima Koregaon case, to Mumbai's Jaslok hospital for treatment. Navlakha had moved the apex court seeking a direction to be shifted out of the prison and placed under house arrest instead. Supreme Court Says, Woman Can Become Pregnant by Choice Irrespective of Her Marital Status.

Justice Joseph said he had visited jails and there are so many prisoners and pointed out that when prisoners come out of jail they are filled with revenge against the system. "It is terrible, all kinds of things happen therea. From sodomy to forced homosexuality... when you come out, you take revenge from the system which let you down," he said.

The top court suggested involving the private sector in running prisons, which could improve the conditions in prisons and cited the West has adopted such models.

The bench suggested that corporate social responsibility funds could be utilised for improving the prison infrastructure, instead of using government funds. "We are just suggesting. You can look into it," it told Solicitor General Tushar Mehta.

The top court pointed out that in countries such as Sweden and Norway, the jails are very good and they provide great facilities for their prisoners. A counsel said it is like a resort, they have TV and everything.

"Their concept is that nobody is beyond redemption," said Justice Joseph, adding that jail visits are a good experience to understand ground realities.

(The above story first appeared on LatestLY on Sep 29, 2022 11:09 PM IST. For more news and updates on politics, world, sports, entertainment and lifestyle, log on to our website latestly.com).