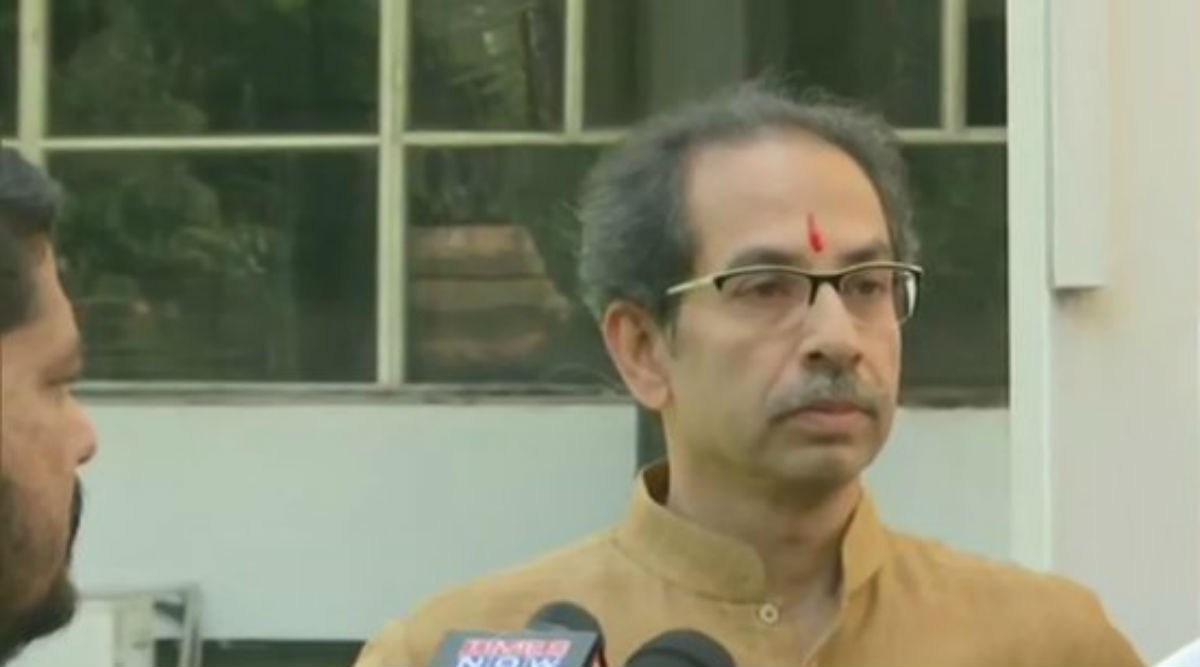 Mumbai, February 11: Condemning the Wardha incident in which the woman lecturer who lost her life after being set ablaze, Chief Minister Uddhav Thackeray has asserted that his government would ensure that the accused if found guilty is hanged soon and the victim gets justice.

The Shiv Sena on Tuesday in an editorial in its mouthpiece Saamna said: "In Maharashtra, cases of atrocities on women have increased in the last few days, which is not good. Chief Minister Uddhav Thackeray has pledged to the public that the State government will prove the crime of the accused as soon as possible and the accused will be hanged soon." Maharashtra Horror: Woman College Teacher Set Ablaze by Her Stalker, Critical.

"The battle has failed with the death of the Hinganghat victim. The entire country was shaken by the Nirbhaya incident (2012) in Delhi. Despite the approval of a new law to hang the criminals by the Parliament, such gruesome incidents like the one in Hinganghat occur," Shiv Sena added.

Even Chief Minister Uddhav Thackeray did not send a special team of doctors to Nagpur (where the victim was being treated), the editorial said. "Is there any responsibility of society blaming police, law and government or not? It was a deserted night when the Nirbhaya incident took place in Delhi but the Hinganghat incident occurred in broad daylight on the road, so the society also needs introspection," Shiv Sena added.

The mouthpiece further said that recently in Hyderabad too, a young woman was burnt after being gang raped. Later accused persons were killed in a police encounter and this police action was welcomed by the people across the country. Uttar Pradesh Horror: Naked, Burnt Body of Woman Found Near Katarniaghat Wildlife Sanctuary in Bahraich District.

"Despite being punished, it takes time to legally execute the rapists. So, now such a public sentiment has been formed that the rapists should be punished just like the culprits in Hyderabad rape case were punished by the police," said Shiv Sena.

"In Delhi, Nirbhaya's mother is expressing her anguish and the parents of the second 'Nirbhaya' in Hinganghat are crying in grief. The relatives of the Hinganghat victim have refused to take the body of the girl, they have demanded that the accused should be surrendered to them," Shiv Sena added.

The 24-year-old woman lecturer succumbed to her injuries on Monday a week after was set ablaze by a jilted lover near the Hinganghat area in Maharashtra's Wardha district, on February 3.She had suffered approximately 40 per cent of burn injuries and was admitted to a Nagpur-based hospital.