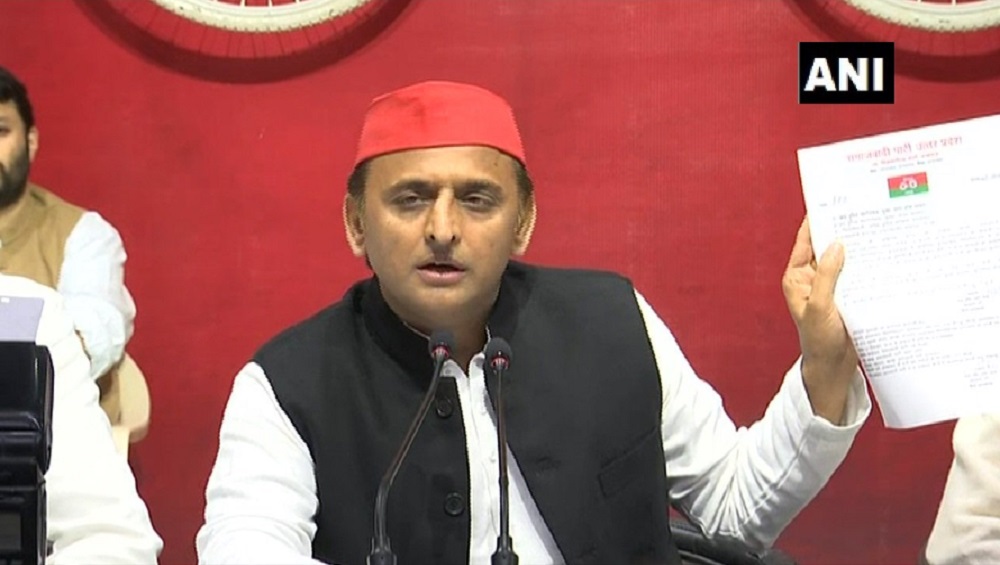 Lucknow, January 11: Union Minister Sanjeev Balyan on Saturday warned former Uttar Pradesh chief minister Akhilesh Yadav that he would be barred from contesting elections if the National Population Register (NPR) process is boycotted by him. Balyan's remarks came days after Yadav, the president of Samajwadi Party, said he would not fills the NPR form as a mark of protest against the Centre's citizenship project.

Balyan, the Bharatiya Janata Party (BJP) lamaker from Muzaffarnagar constituency, was addressing a rally in Uttar Pradesh's Saharanpur where he spoke in favour of the Citizenship Amendment Act (CAA). Balyan claimed that the government of Prime Minister Narendra Modi at the Centre and Chief Minister Yogi Adityanath in the state would implement the law in letter and spirit. Akhilesh Yadav Threatens to Boycott NPR, Says 'If Need Arises, I Will Not Fill Any Form'.

"Akhilesh Yadav says he wouldn't fill NPR form. If you'll not fill it, you will not be allowed to contest polls. This is the rule of law, Modi and Yogi. Those who create disorder would be treated," said Balyan, the Minister of State for Animal Husbandry, Dairies and Fishing.

Union Minister Sanjeev Balyan at rally in support of #CitizenshipAmendmentAct in Saharanpur: Akhilesh Yadav says he wouldn't fill NPR form.If you'll not fill it,you will not be allowed to contest polls.This is the rule of law,Modi&Yogi. Those who create disorder would be treated. pic.twitter.com/XghyrMNPsQ

The Samajwadi Party, along with the Congress and the Bahujan Samaj Party in Uttar Pradesh, is starkly opposed to the CAA. The party had voted against the law in Lok Sabha and Rajya Sabha. According to Akhilesh, the Bill is drawn on communal lines and spreads panic among minorities as the government intends to follow it with the National Register of Citizenship (NRC) exercise.