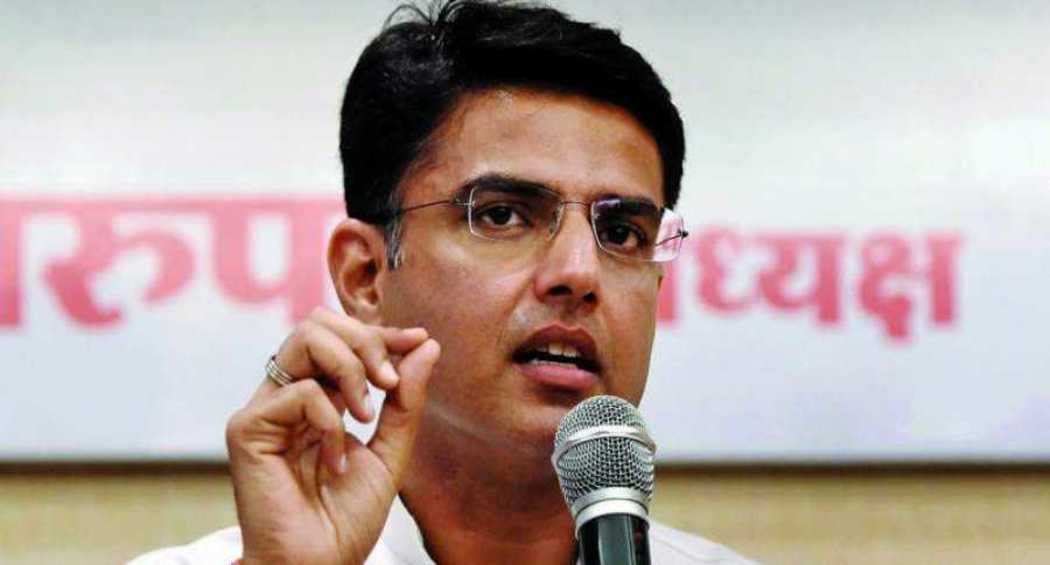 Jaipur, January 27: Expressing his candid view on the upcoming assembly elections in Delhi, senior Congress leader Sachin Pilot said the Aam Aadmi Party (AAP) is poised for a victory over the Bharatiya Janata Party (BJP). Pilot rooted for the Arvind Kejriwal-led party, despite the Congress also being in the electoral fray as the third major force. Delhi Assembly Elections 2020: Hits And Misses of Arvind Kejriwal's AAP.

The pro-AAP remarks were issued by Pilot while addressing the gathering at Jaipur Literature Festival (JLF). The Rajasthan Deputy Chief Minister claimed that "BJP's money and muscle power" would fail to influence the electoral sentiment in situations where solid work has been done on the ground. Citing the example of Delhi, Pilot claimed that Kejriwal would not be defeated despite an aggressive campaign of the BJP.

"Ultimately, it is the individual who presses the button. It is the people who elect their leaders," Pilot was quoted as saying by TOI, while speaking at the "The Democracy Index"session at the JLF. He cited the instances in Maharashtra and Jharkhand, where the BJP suffered a pushback despite Prime Minister Narendra Modi and Home Minister Amit Shah leading a high-octane campaign.

The assembly polls in Delhi are scheduled to be held in a single phase on February 8. The prime contest is expected between the AAP and the BJP. The pre-election surveys have, however, given a clear edge to the Kejriwal-led party. The incumbent is predicted to retain power with 59 out of the 70 seats, whereas, the BJP would be able to improve its tally to only 8 seats, as per the C-Voter opinion poll released in first week of January.