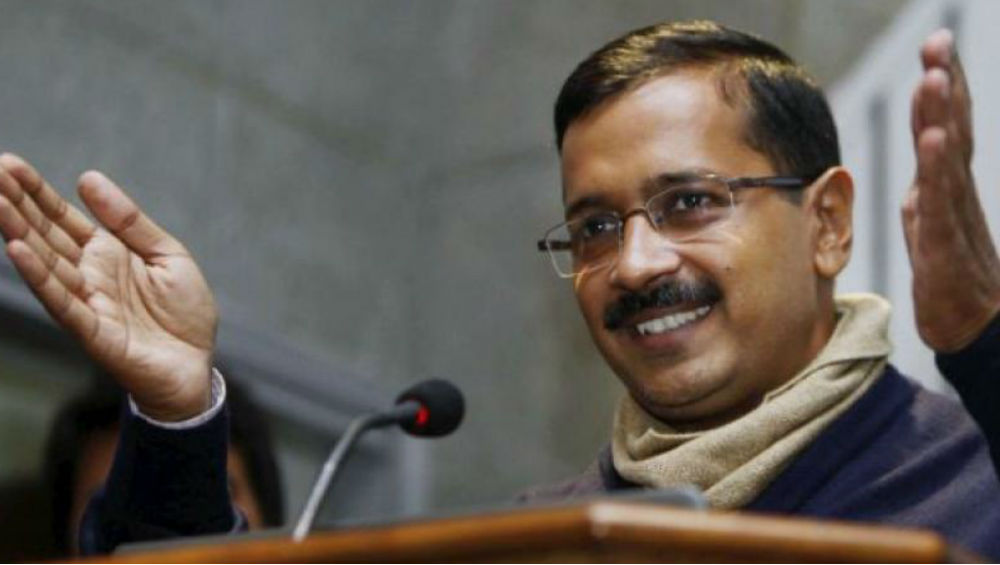 New Delhi, January 21: Incumbent Chief Minister of National Capital Region of New Delhi -- Arvind Kejriwal -- on Tuesday filed his nomination after a wait period of six hours and twenty minutes. His is contesting from New Delhi seat in the upcoming Delhi Assembly Elections 2020.

According to the information, disseminated by Aam Aadmi Party spokesperson Saurabh Bharadwaj, the AAP convener patiently waited for six hours and twenty minutes for his turn to file the nomination at Jamnagar House. The Delhi CM is seeking re-election from the seat for the third time -- having won in 2013 and 2015 with a vote percentage of 53.46 and 64.34 respectively. Delhi Assembly Elections 2020: Arvind Kejriwal Waits For His Turn At Election Office As Several Independents Turn Up to File Nomination.

Here's a tweet by journalist about Kejriwal's successfully filing his nomination:

#Breaking With token number 45, Del CM @ArvindKejriwal files his nomination after a wait of six hours and twenty minutes. @CNNnews18@news18dotcom

It's been 6 hours that Arvind Kejriwal is patiently waiting to file his nomination.

Have we ever seen this before with any other CM ? pic.twitter.com/9A1JJjR5oJ

In the meantime, District Election Officer of New Delhi stated that the information regarding the delay of filing nomination for Kejriwal is misleading. It said in a statement, "This office is receiving some info via social media that nomination of CM Arvind Kejriwal is being delayed deliberately by Returning officer (RO)&it is taking 30-35 mints for checking nomination of candidate just to delay the process."

Adding more, the office of District Election Officer of New Delhi said, "It is hereby clarified that the above information is misleading and there is no deliberate delay on the part of election machinery. There is a procedure to be followed by RO while receiving nominations from candidates."