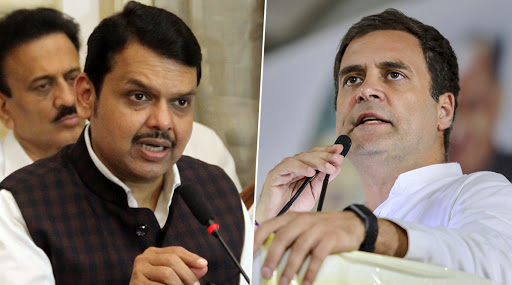 Fadnavis called Gandhi's statement on Savarkar as 'Shameful'. He said, "Rahul Gandhi's statement is shameful, maybe he does not know about Savarkar ji. He faced torture for 12 years in the cells of Andaman jail, Rahul Gandhi cannot do it for even 12 hours. Just putting Gandhi in your name doesn't make you a Gandhi."

Former Maharashtra CM & BJP leader, Devendra Fadnavis: The kind of people Shiv Sena has to deal with to remain in power is very clear. Maharashtra & country will never tolerate the insult to Savarkar ji. Earlier Shiv Sena used to react very sharply, why have they gone soft now? https://t.co/NPbUr6HbCd

It is to be known that the row over apologising began after Gandhi jabbed Savarkar by stating that he is not amongst whose who backtrack from truth or apologise under undue pressure. His remarks, which took a potshot against Savarkar, were directed against the Bharatiya Janata Party (BJP) which has sought his apology for "Rape in India" remark.