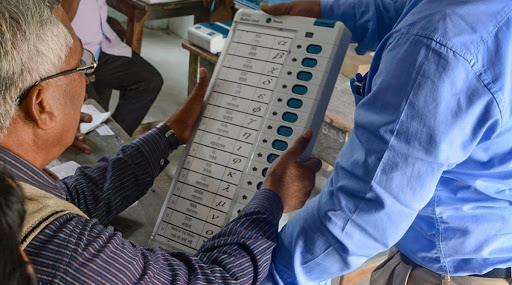 Chandigarh, September 21: Chief Election Commissioner (CEC) Sunil Arora on Saturday announced the dates for the upcoming Haryana Assembly Elections 2019. The elections will be conducted on October 21 and the counting of votes will take place on 24. The results will be declared on the same day. The term of current assembly is expiring on November 2, 2019. The Election Commission (EC) visited the state on September 1 to review security arrangements. Immediately after the announcement of election dates, the Model Code of Conduct (MCC) has come into force. Haryana Assembly Elections 2019: Congress Urges People to Pitch in Ideas for Its Manifesto.

The notification regarding assembly elections will be issued on September 27. The last date of filling nomination papers will be October 4 and the scrutiny will take place on October 5. The candidate can withdraw their nomination papers by October 7. The polling body will also deploy adequate security personnel in the state to conduct free and fair elections. Around 1.3 lakh electronic voting machine (EVM) machines will be used in Haryana. According to the EC, the candidate can spend upto Rs 28 lakh on campaigning.

In these assembly elections, Mahohar Lal khattar-led BJP government will be looking to retain the power, on the other side the main opposition party Congress will be trying hard to form majority in the 90-member assembly. Recently, the Congress has appointed former Chief Minister Bhupinder Hooda as Congress legislative Party leader. Haryana Assembly Elections 2019: Wrestler Babita Phogat Keen to Contest Polls.

Both the BJP and the Congress are still to announce the candidates for the assembly polls. The voting will take place through EVMs equipped with voter-verified paper audit trail (VVPAT). According to the 2011 census, of total 25,350,000 population of Haryana. Haryana Assembly Elections 2019: Bhupinder Singh Hooda-Led Panel Recommends Former CM's Name to Lead Congress in Polls.

In the 2014-elections, the BJP had won 47 seats, while the Congress managed to bag only 19 seats. The Haryana Janhit Congress bagged two seats, the Bahujan Samaj Party and the Shiromani Akali Dal won one seat each. The voting for the last assembly election in Haryana was held on October 15, 2014.