'Priyanka Gandhi Wears Jeans & Top in Delhi But Turns Up in a Saree Whenever She Visits Her Constituency', Says BJP MP Harish Dwivedi 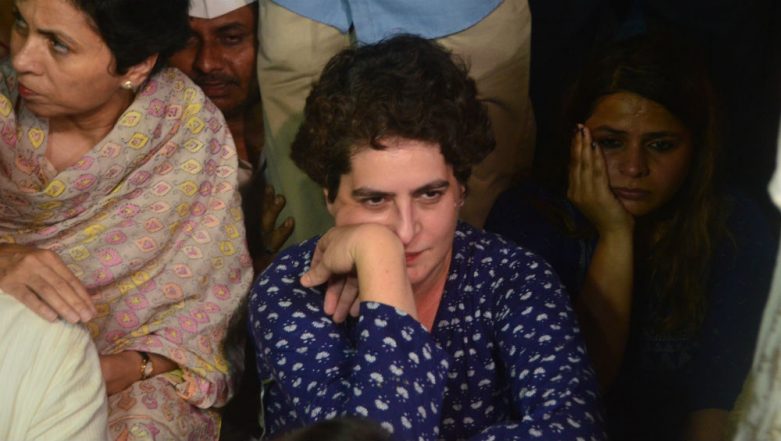 Priyanka Gandhi Vadra has been the subject of rude remarks by BJP leaders ever since her active entry in politics | File Image | (Photo Credits: IANS)

After a flew of sexist comments on Priyanka by BJP leaders, the latest to join the list is BJP Member of Parliament (MP) from UP's Basti. Subramanian Swamy's Shocker on Priyanka Gandhi: 'She is Bipolar, Beats People Up'.

However, while talking to media persons, when the MP was asked about Priyanka's entry in active politics and its possible effect on Congress' fortunes in the all important state of UP, which sends  80 Lok Sabha MP's to the Parliament, Dwivedi said, "Priyanka Gandhi wears jeans and top in Delhi but turns up in a saree whenever she visits the people in her constituency in UP."

Dwivedi also refused to believe that Priyanka is a factor for the BJP and said that she will have no impact on voters in Uttar Pradesh or the country. "Priyanka will fail, just as Rahul has failed in politics," said the leader. The BJP MP said that BJP will emerge victorious in the upcoming 2019 Lok Sabha Elections because of Prime Minister Narendra Modi.