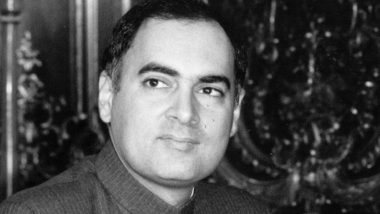 New Delhi, May 9: After Prime Minister Narendra Modi on Wednesday accused former Prime Minister Rajiv Gandhi of using aircraft carrier INS Viraat as "personal taxi" for a holiday, Vice Admiral (Retd) Vinod Pasricha rejected his charge, saying the late Congress leader was on an official visit and not on a vacation. Pasricha said all protocols were followed and there was no foreigner on INS Viraat during Rajiv Gandhi's trip.

"Nobody was on a holiday. Only Rajiv Gandhi was with his family. No foreigner was with the PM," Pasricha, who was in-charge of INS Viraat during Rajiv Gandhi’s 1984-89 tenure as PM, told news channels. PM Modi, at a rally in Delhi, accused the Gandhi family of using warship INS Viraat as its “personal taxi” for a holiday when Rajiv Gandhi was at the helm, launching a fresh attack on the late Congress leader days after throwing the “Bhrashtachari no 1” barb at him.

“Ever imagined that a premier warship of the Indian armed forces could be used as a taxi for a personal holiday? One dynasty did it,” Modi said. The prime minister claimed the Congress jeopardised the national security and Navy was made to host the Gandhi family and Rajiv Gandhi’s in-laws, and a helicopter was also deployed in their service. Last week, Modi had called Gandhi "Bhrashtachari No 1". Narendra Modi Challenge Congress to Fight Last Two Phases For Rajiv Gandhi's Honour.

“INS Viraat was insulted by using it as a personal taxi. This happened when Rajiv Gandhi and his family was out for a 10-day vacation. INS Viraat was deployed for securing our maritime boundary. But it was diverted to take the Gandhi family which was out for a vacation,” PM Modi claimed. Reacting to the serious charges, the Congress called PM Modi a "serial liar" who does not have the courage to fight elections on issues such as unemployment and demonetisation.

Citing Pasricha's clarification that the then Prime Minister Rajiv Gandhi was on an official visit on INS Viraat, Congress leader Pawan Khera said: "But facts don’t matter to Modi. He doesn’t have anything to talk about his own achievements. Rahul Gandhi has been challenging him for last six months now to debate on Rafale deal, demonetisation, unemployment, but Modi does not have the courage to speak."

(The above story first appeared on LatestLY on May 09, 2019 03:40 PM IST. For more news and updates on politics, world, sports, entertainment and lifestyle, log on to our website latestly.com).