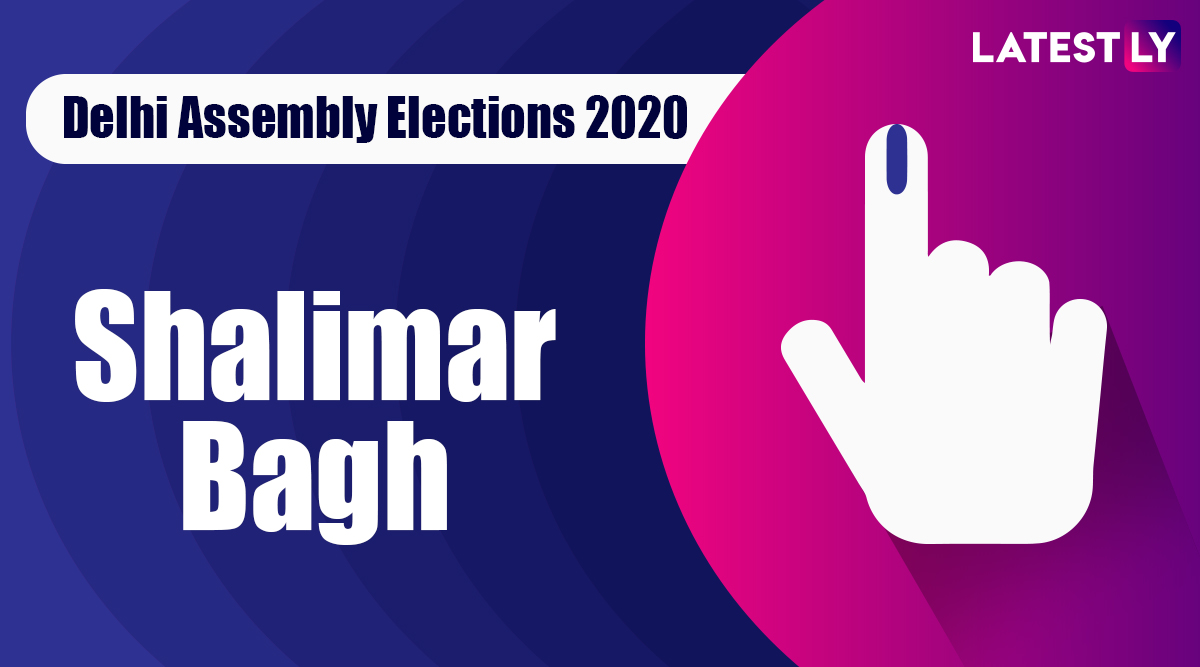 New Delhi, February 11: Shalimar Bagh, one of the constituencies in North West Delhi, went to polls in the assembly elections held on February 8. The total electorate size of the vidhan sabha seat is reported to be 1,19,215. The seat primarily witnessed a triangular battle between the ruling Aam Aadmi Party (AAP), the Bharatiya Janata Party (BJP) and the Congress. As per the results announced by the Election Commission, AAP's Bandana Kumari won the seat. Delhi Assembly Elections 2020 Dates: Check Full EC Schedule Here.

In the vidhan sabha elections in Shalimar Bagh, the AAP candidate - Bandana Kumari - won the polls. The party has repeated her candidature, whereas, the BJP has issued the ticket to Rekha Kumari. The Congress candidate from the seat is JS Nayol.

In the 2015 assembly elections, the AAP recorded one of the biggest victories in the history of Delhi assembly. The party, which was contesting the third elections since its inception, ended up winning 67 out of the 70 seats. The Congress, which was in power from 1998 to 2013, drew a blank, whereas, the BJP was restricted to three constituencies.

Ahead of the this round of elections, the pollsters were rooting for another AAP victory in Delhi. The predictions turned more nuanced in run-up to the polls, with the BJP expected to be benefiting from the anti-CAA agitation underway at Shaheen Bagh. Chief Minister Arvind Kejriwal, on the other hand, wanted to keep the election centric on his performance over the last five years.