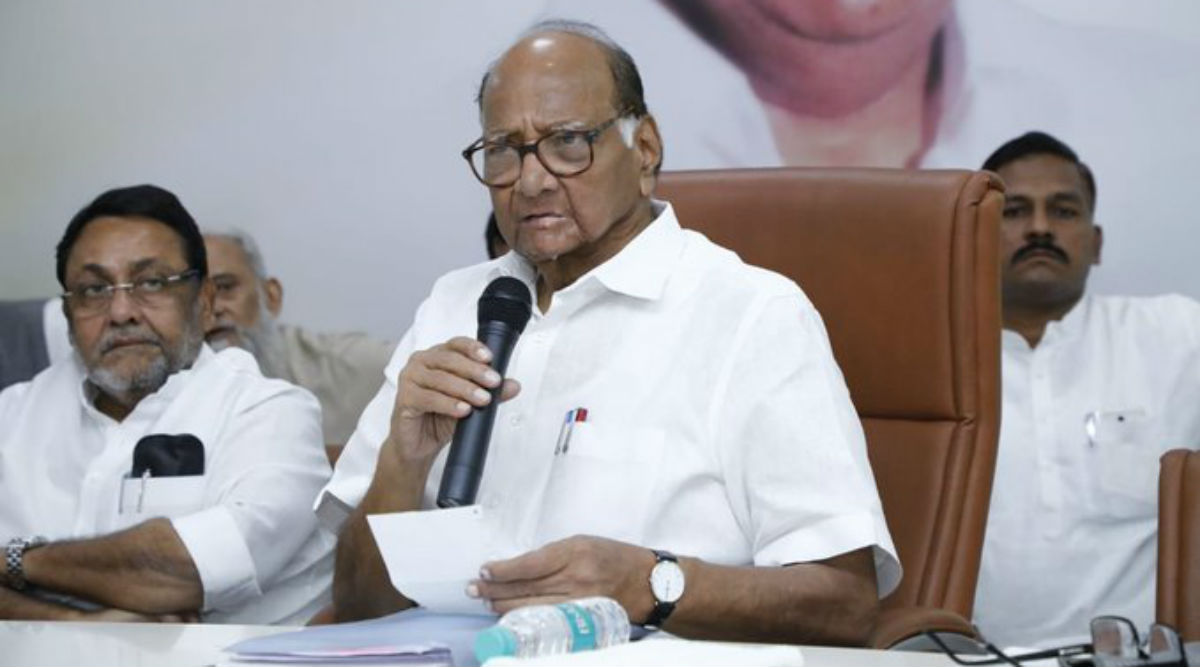 Mumbai, January 24: The Nationalist Congress Party-Shiv Sena on Friday took strong umbrage at the abrupt withdrawal of security from the New Delhi residence of its party chief Sharad Pawar.

"This is shocking… The Prime Minister is aware that Sharad Pawar is a senior leader who faces threats and was attacked in the past. We have witnessed it," said Sena MP Sanjay Raut. He said that earlier security was downgraded for Sonia Gandhi and Rahul Gandhi, and now Pawar which is a matter of serious concern.

Water Resources Minister Jayant Patil took a swipe at the Opposition Bharatiya Janata Party (BJP) saying from Mumbai to New Delhi, they are sore at the change of government in Maharashtra. Sharad Pawar Credits Muslims For BJP's Defeat in Maharashtra Elections, Criticises CAA And NRC.

"That is why the BJP is now taking revenge… This is dangerous in a democracy," said Patil. State Housing Minister Jitendra Awhad said: "Sharad Pawar is like the Sahyadri mountains… He's not one to be daunted by any intimidating tactics…"

Awhad said there's nothing to worry since "the affection of the masses is the real security cover of Pawar Saheb".

According to information available, security personnel of Delhi Police who were posted at the Pawar residence in the national capital were abruptly withdrawn from January 20, though in Maharashtra he is accorded adequate security both at home and on his tours.

However, there are no reactions so far from either Pawar, his daughter Supriya Sule, MP or nephew and Deputy Chief Minister Ajit Pawar.