Horton being a songwriter as well as a music producer, is someone who has successfully managed to influence people with his different kinds of songwriting. To him, successful music is the result of understanding what people want to hear. It is an ability that few people are blessed with, and Horton is one of them. 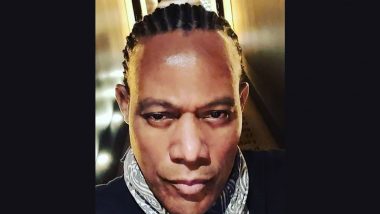 “The world is a stage; the stage is a world of entertainment.”- Howard Dietz

Music indeed brings people together. Throughout history, music has been linked to regulating moods and connecting people from different parts. Music is an essential part of human life. From the greatest urban areas to the most far-off towns, the driest deserts to the wettest rainforests, the statures of the Himalayas to the profundities of the Dead Sea, music is, and consistently has been, a strong form of expression. Each culture, since forever, has made music, and that melodic legacy has become an indistinguishable piece of one’s life.

When referring to music, it does not simply mean writing down lyrics, adding the beats and rhythm, and merely an artist performing it on stage. For a song to be perfect in all aspects, from the line producer to the songwriter, every person plays an important role, including the singer and the composer. When all these professionals work together, great songs are created. The created pieces redefine the meaning of entertainment for the audience. One such famous music producer and songwriter who has excelled at his work for more than a decade is McKinley Horton.

Aiming to Address the Change Through His Music

Born and raised in North Philadelphia, Horton was born to his father, Mckinley James Horton Sr., and Edna Horton. He is a brother to sisters Connie and Debbie, and brother Ade, Nabi, and Skip. Being someone passionate about music possessing the leadership qualities of leading his music productions, he also focused on his studies. Horton completed his education on the streets of Philadelphia, Pennsylvania. After he left school Horton went on to pursue his career.

Initially he became the piano player for Melvin and the Blue Notes at the tender age of seventeen. In January 2010, he established the “Shamack Entertainment Group” in Burbank in California. Since then, as the Chief Operating Officer (CEO), nothing could stop Horton. The passionate soul produced and wrote multiple songs that gained great recognition from the audience from all parts of the world.

It is known that music artists can change the world with their music. Songwriters have great abilities, penning down influential words which can bring a change in people’s lives.

Horton being a songwriter as well as a music producer, is someone who has successfully managed to influence people with his different kinds of songwriting. To him, successful music is the result of understanding what people want to hear. It is an ability that few people are blessed with, and Horton is one of them.

Making a Difference Through His Songwriting Abilities

It is true – a songwriter always starts by creating self-reflective and self-serving songs. With time, they build an understanding of people and the world. This understanding leads songwriters to create music that helps make a difference in the world. Horton has managed to do the same. He made Vanessa Williams’ smash “Dreamin” and “Gotta’ Get You Home Tonight” in his career. His projects “Schmack” incorporate a drama, including a film worked upon by late Great Penny Marshall called “Ghostdancer, the Story of Buddy Bradley.” Through his multiple music productions, Horton is continuously working to bring a change in the world. The soul-funk keyboardist-songwriter has successfully managed to write more than eighty songs.

In his career, Horton has also produced approximately thirteen songs receiving a positive response from the audience. He is someone who also serves humanity through charitable work. Horton, who has gladly performed benevolent work for the John Whitehead Foundation, is energetic about expanding the affection for music pointed toward recuperating issues confronting humankind in the realm of music.

Horton has released “Better World '' Gospel, Hip-Hop, and R&B Records with counseling from Philadelphia Radio Veteran Cosmic Kev of WUSL Power 99FM. An association with advertising master Beryl Wolk has also prompted a “Superior World '' Music Club program that offered extraordinary enrollment motivating forces for six months. Horton is someone who believes in praying before starting the day. To him, it is a huge act of positivity that helps one stay steady on the road to success. He has worked with big names like Jimmy Jam, Terry Lewis, and Organised Noise. He also wrote for TLC, Johnny Gil, Snakes on The Plane, Shift 2000 for John Singleton, and has worked with Michael Mann on the Movie Miami Vice.

Horton is also a Partner in McPosh Production Television and Movie Entertainment Company. Adding to his portfolio McKinley Horton has also contributed to the audio book “The Third Shift.” He has narrated this book with LaShana Spann and Omarosa Manigault. The story is a compelling, inspirational self-help memoir, a timely and touching addition to the class.

Indeed, with the kind of work Horton is known for doing, he has certainly played an important role in making the world a better place through his music. Today, his hard work is reflected in his career, truly making a difference in people’s lives, all through his music!