Jeff Bezos seems to have quite a night with his girlfriend, TV host and actress, Lauren Sanchez. The pair made their glamorous red carpet debut as a couple at Mumbai’s Amazon Event, and the picture speaks volume about their relationship. 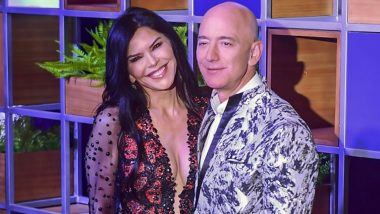 Amazon CEO, Jeff Bezos was here in India for a three-day visit. He got a star-studded welcome by the leading personalities of Bollywood from actor Shah Rukh Khan to director Zoya Akhtar. Amid all the business discussions and his business investment with India, Jeff Bezos seems to have quite a night with his girlfriend, TV host and actress, Lauren Sanchez. The pair made their glamorous red carpet debut as a couple at Mumbai’s Amazon Event, and the picture speaks volume about their relationship. Both Bezos and Sanchez were captured, all smiles and waving as the paparazzi were busy getting a picture-perfect red carpet moment. Amazon App Displays Letter From Jeff Bezos on His Plan to Invest $1 Billion in India And Create 'Additional 1 Million Jobs in Country by 2025'; Read Full Text.

For the event, the world’s richest man opted for everything posh. Bezos wore a wildly patterned black and white tuxedo jacket, while girlfriend Sanchez opted for a sexy thigh-high red and black slit dress, complemented with a plunging neckline. In the past, they have been snapped together attending many events including restaurants in the New York City, but Amazon India’s event in Mumbai, happens to be their red carpet debut. 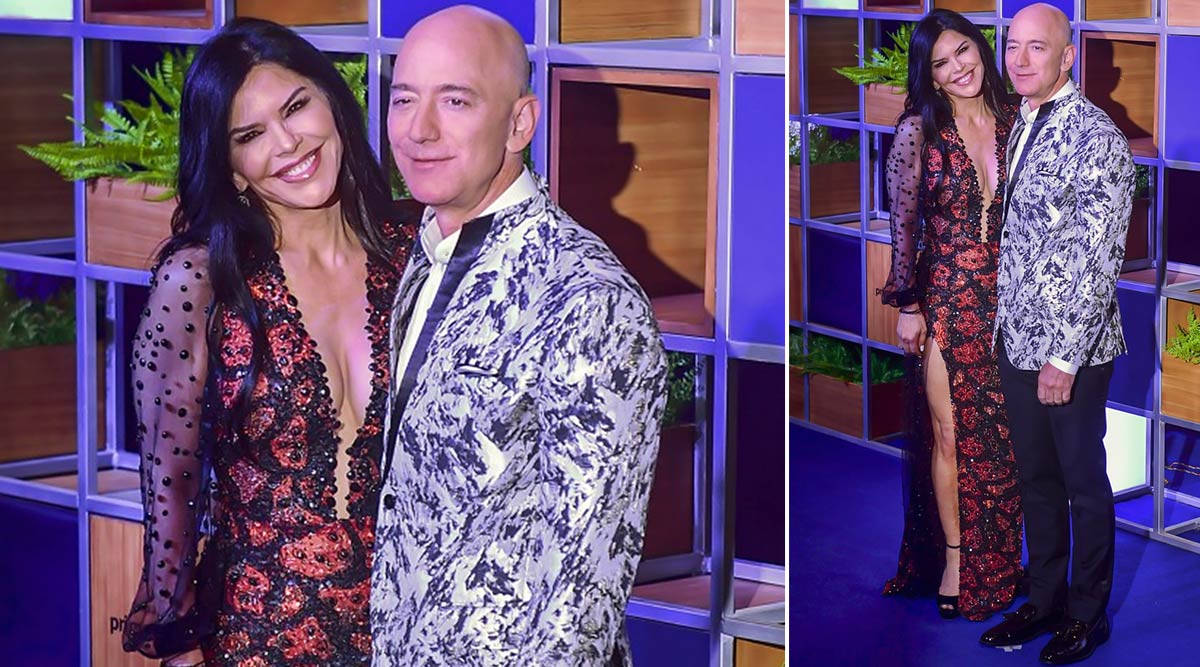 Bezos, currently the richest man in the world, and his wife MacKenzie announced their divorce from 25 years of marriage in July, 2019. During the same time. Bezos and his relationship with Sanchez went public. They reportedly stepped out together for the first time in May, 2019 in NYC. Ever since then, the couple were spotted on numerous occasions. Lauren Sanchez is Dating Jeff Bezos! Know All About The Former News Anchor Who Is Romancing Amazon CEO.

Meanwhile, Bezos’ trip to India has not been without controversy. The world’s richest man faced furious protests by street traders who claimed that Amazon is destroying their livelihoods. During his visit, the Amazon CEO has also announced that the company plans to invest USD 1 billion to help bring 10 million MSMEs across India online.

(The above story first appeared on LatestLY on Jan 17, 2020 08:41 PM IST. For more news and updates on politics, world, sports, entertainment and lifestyle, log on to our website latestly.com).