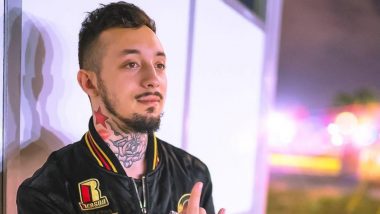 It is easy to create a piece of art but it is not easy to make a manifest that piece of art to numerous talking about some renowned artist who has exceptionally created a piece of craft that is visible by bill and the most dynamic at that one has ever glimpsed. The music industry is one of the prestigious industries in our country because of the talent that it produces. There is no age to start something that you are really passionate about and we have an exemplar of one of the renowned artists.

To sing a song and present it is one of the most exciting things about working as a singer in the music industry. Because it not only gives you recognition but also give you a fool full satisfaction that you have created a piece of art was loved by numerous. Tatted maigo is the living example of the same he is one of the youngest singers who is manifesting his music compositions so wonderfully that everyone is breathing and admiring him just because of the core that he is carrying.

His boy was started when he was very young from the very beginning he was a huge fan of Music and some renowned singers like Eminem admire him the most and that is the reason he became the soulful creator of the beautiful music piece. Not today he is singing and manifesting his talent on various platforms name Spotify music App Apple music app and many more. He says that all the credit of passionate music and dynamic singing goes to his one and only inspiration that is Eminem and @juicewrld999. One never knows what inspires you the same thing happens with him the reason office thinking is its inspiration that's why he is having a tattoo of 999 on his face. Which he says that the symbol is the epithelium of inspiration from @juicewrld999.

Born and brought up in half an New York he always had a dream to manifest him in the music industry. Currently, he has launched its two music named Good life and trippe redd which is streaming on various music platforms. Now, very soon he is going to launch some other music as well because the response that he is getting on the two relief is highly commendable. He is breaking all the record which is actually a great milestone to touch.

No doubt he is giving music industry a completely different Arena where his music is not only admired but listened by many but also there are the unceasing opportunities that are created by his own hard work and dedication. His work is appreciable because of his hard work and passionate attitude towards music he made it through. Now being an ideal epitome that nothing can stop you if you have that fire in your belly and determination in your heart. Being passionate about singing Tatted Migo made himself walk on the path of success which will lead him to numerous other opportunities. Thus wishing him and his team all the very best for his future.