The Most Versatile Entrepreneur Yahia Hawwari Soaring High With Success

Here he is presenting a perfect exemplar for numerous people out there. His extremely versatile personality and leadership quality made him one of the most successful businessmen of the generation. 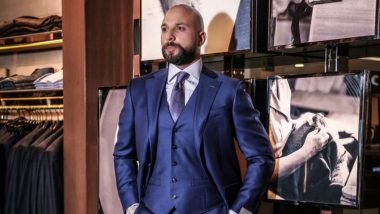 Market is really dynamic and has a vast potential to grow and leverage the business. There are some techniques and strategies that one needs to keep in mind while working on such core. He is one of those who is not only proficient in entrepreneurship but also a praiseworthy entrepreneur with style.

Yahia persists the bewitching persona and he is always ready to explore personality made him find the realm's biggest emerging opportunity in one of the finest sectors that will help him eventually to bring up something worth praising. Well, he is having a great perception of investing he knows well the importance of investing time, money, and energy. Well, gaining tremendous acknowledgment at such a young age is not everyone's cup of tea, but he earned it well.

His tendency was distinctive towards the computer studies and thus, he went to Cyprus to study Bachelors in Computer Science. Subsequently expending a couple of years he realised his calibre to do anything he determines to do once. Then, after he left for The United States to establish something build on his self-esteem and hard work after working for his family business for several years. Ultimately, he owns fruitfully prosperous businesses in 3 different countries right now. But he is still working very passionately to attain more.

Here he is presenting a perfect exemplar for numerous people out there. His extremely versatile personality and leadership quality made him one of the most successful businessmen of the generation. He has his harmonious disposition towards his hobbies as well. He has a great collection of stunning watches which are as precious as his awareness of style is. He is a Rich guy with an impressive assortment of 35+ watches that are sufficiently incredible in itself. Adding to his watches collection he has one gem watch with the Jordanian Royal family signature along with a fully Iced Out Rolex in Arabic Dial which makes it impressive and one of a kind in itself.

Adding more to his amusements he has amassed more than 10 single-digit license plate numbers. The license plate numbers trading is very prevalent in the middle east but it is not very handily accessible and is highly expensive. Thus, he has spent more than a couple million dollars on these. And it's commendable to see him doing such a phenomenal chore in the trading realm and earning unceasing success.