VIYI Algorithm, A Leading Provider of Algorithm Services, Has $47.17 Million in Annual Revenue From Its Merger With Venus 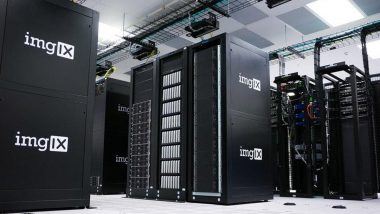 Venus Acquisition Corporation (Nasdaq: VENA) ("Venus"), a publicly traded special purpose acquisition company, and VIYI Algorithm Inc. ("VIYI Algo"), a Cayman Islands exempted company controlled by WiMi Hologram Cloud, Inc. (NASDAQ: WIMI), announced today that they have entered into a definitive merger agreement. A newly created merger subsidiary of Venus will be merged with and into VIYI Algo with VIYI Algo being the surviving entity and becoming a wholly owned subsidiary of Venus. Upon closing of the transaction, Venus will change its name to MicroAlgo Inc.

According to the CIC Report, as of 2020, VIYI has captured 5% of the market share for central processing algorithm services provided to internet advertisement and online gaming acceleration industries.

VIYI is ideally positioned to grow its revenue quickly as a leading central processing algorithm service provider. According to the CIC Report, VIYI is the only company amongst its competitors to provide central processing algorithm service solutions in both internet advertisement and online game acceleration industries. As a result, since 2017, VIYI's revenue growth has been increasing on a cumulative basis, specifically, VIYI has achieved a year-on-year revenue growth rate of 31.9% in 2018, 52.6% in 2019, and 176.8% in 2020.

VIYI's diverse range of customers from multiple industries is evidence that its central processing algorithm technology is highly versatile, which allows VIYI to ensure a constant stream of revenue from various sources. VIYI primarily provides central processing algorithm solutions to enterprise customers in three industry verticals: internet advertisement, gaming, and intelligent chips, which translate to a range of customers including advertisement integration agencies, game developers and distributors, electronics manufacturers, internet information infrastructure service providers, and intelligent chip designers and integrators. Having the capability to service customers from a range of industries works to VIYI's advantage because it can derive business from multiple industry sources to ensure a stream of revenue even when one industry faces downturns.

For customers in the gaming industry, VIYI provides a platform for distributing games augmented by cloud-based software and hardware optimization and acceleration, dynamic games marketing based on gamer preference, and lightweight data processing solutions to increase VIYI's customers' revenue;

In addition, due to the versatility of VIYI's central processing algorithm solutions and VIYI's proven commitment to research and development, VIYI is well-positioned to continue growing its customer base to reach customers from a broader range of industries that are reforming the way they do business as a result of the rapidly developing information technology, prevalence of smartphones and 5G connectivity, AI, big data, IoT and cloud computing. According to the CIC Report, industry verticals such as government, finance, healthcare, manufacturing, education, and cultural media demand better data processing and management capabilities from an internet advertisement perspective. VIYI believes that its highly versatile central processing algorithm solutions will be ideally suited to meet those demands.

VIYI derives its revenue primarily from (i) central processing algorithms services for the internet advertisement and internet gaming industries and (ii) intelligent chips and services, including software development.

According to the CIC Report, revenue of central processing algorithm services derived from internet advertisement and online gaming alone has grown from RMB 2.2 billion in 2016 to RMB 6.9 billion in 2020, representing a CAGR of 32.7%. This market is expected to maintain a rapid growth trend, expanding at a CAGR of 15% during the period from 2020 to 2025. VIYI believes that its position as an industry leader in a fast-growing market with favorable industry trends will greatly benefit VIYI in achieving sustainable and rapid growth in the future.