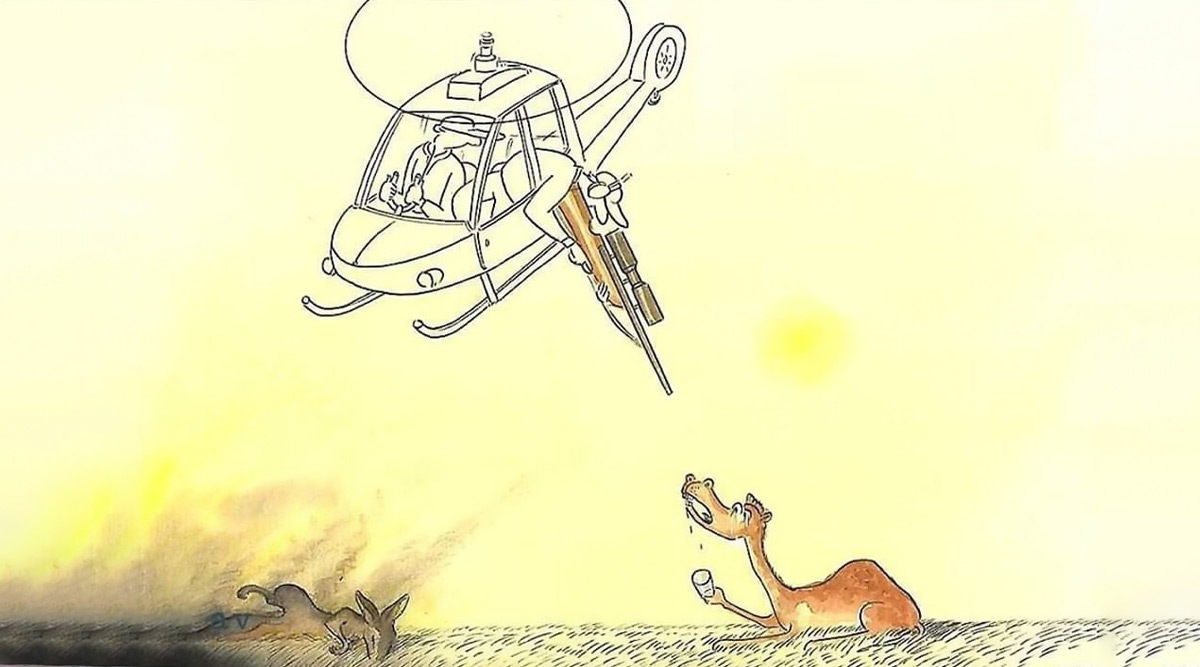 Australia’s situation is terrifying. The first summer of the new decade has brought ash. It killed over a billion animals; forests are burnt, epic dust storms, hailstones and racing clouds carrying fire, the entire world is helplessly watching the devastation. Amid all the distressing reports, the authorities have decided to kill 10,000 camels, adding more to the number. According to reports, the reason given is that the wild camels are drinking a lot of water which is causing trouble to the residents living in the drought-affected regions. The government’s decision was not welcomed. Many online petitions were signed, and now PETA is opposing it as well. The animal rights group, through a tweet, urged the Australian government that killing camels will not solve the wildfire crisis.

At the beginning of this year, the government decided to shoot thousands of camels in South Australia from helicopters as a result of extreme heat and drought. The country’s drought has lasted for years, and the decision to kill camels is not directly linked to the fires crisis. As a result of which the decision faced a swarm of opposition. The People for the Ethical Treatment of Animals (PETA) tweeted, “The world is mourning more than a BILLION animals killed in Australia’s bushfires, but officials want to shoot 10,000 more. Killing camels won’t solve this crisis, but going vegan can!” It is not known if turning vegan can help the crisis, but certainly, killing camels won’t. Here’s How You Can Donate and Help Those Affected by Destructive Australian Wildfires.

The world is mourning more than a BILLION animals killed in Australia’s bushfires, but officials want to shoot 10,000 more 😢

The tweet is linked with an article by PETA, where the animal rights group stated that the cause of Australian bushfire is climate change and immediate actions must be taken, like never before. To support its argument of people turning vegan, the organisation quoted the United Nations, which stated that meat consumption must be decreased “to avoid the most catastrophic effects of climate change.”

The planned cull was supposed to be executed at the start of this month in South Australia. After receiving significant backlash from animal rights activists and the public in general, there have been no reports of its implementation. Meanwhile, the country was showered with rainfall late this January, but that did not ease the situation as the fires showed no sign to stop.