In a country, where majority of the people have such kind of a mindset, it is very difficult to talk about an object that is used during sex. 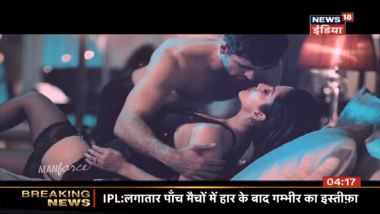 Mumbai, June 29: In a country where sex is considered a taboo and the soaring population is a significant concern for the development of the country, the announcement to ban the airing of condom ads during the day was a huge blow. Acting on complaints from different bodies, that the condom ads are not only 'indecent' but they promote 'unhealthy' practices, the government decided to crack their whip on them and restrict the ads to only 6 am to 10 pm (adult time) slot. There was a huge backlash, following which the Ministry of Information and Broadcasting (MIB) issued a clarification on their stand saying, 'sexually explicit' condom ads are to be banned, and those that don't fall under the category can continue to air even during the watershed timing.

Initially, all the major players in the condom category played safe; they resorted more to the use of the digital platform to reach out to their respective target group. However, slowly more brands started exploring the banned time zone with their ads. From Manforce's ad featuring Sunny Leone in a raunchy avatar, sensuous Bipasha Basu in PlayGard's commercial to Durex Kohinoor's ad for their latest product DurexAir, these commercials are getting aired before 10 pm slot. These are the same ads, which were pulled up or objected to because of their controversial content, but they are now being aired in before the 10 pm slot.

What is the exact definition of 'Sexually explicit'?

We admit there is a need to educate people since a concept of sex education doesn't exist in our society, and there is hardly an open conversation on this topic at homes as well. However, there needs to be some clarity on the rules, which MIB has decided to enforce. It will not only help brands to form their content strategy well, but they will also be able to reach out to their target audience in a more planned manner. The 6 am to 10 pm is the most significant time slot, where brands can reach out to their target audience, and since many of the players are not being able to use this, their sales are also getting affected. No doubt, the use of digital has increased, but it is again for the urban audience, what about those residing in the rural? For them, television still continues to be the primary source of information.

According to the guidelines of advertising watchdog, Advertising Standards Council of India (ASCI), brands can continue to advertise condom brands from 6 am to 10 pm, till the time, the messaging is subtle, and there is nothing indecent about it. However, there is a lot of ambiguity on what is the exact definition of 'sexually explicit' or what kind of content can be termed as indecent.

In a recent PTI report, the Rajasthan High Court has dismissed a plea against the Centre's order allowing airing of condom advertisements only after 10 PM, and rebuked the petitioner NGO for "proxy litigation", observing that the "obscene" ads were only aimed at promoting condoms as 'instruments of pleasure' and not for contraceptive use. The NGO tried to put forth their views that the restriction on the airing of condom ads, is not only affecting the business of the condom industry, but will also have a deteriorating effect on the awareness mission of the NGO which is working to combat AIDS. The Court further highlighted that the advertisements are so obscene that one cannot watch them in Indian social structure with family.

In a country, where majority of the people have such kind of a mindset, it is very difficult to talk about an object that is used during sex. The problem is that, people don't realise that  condom is more than  an instrument of pleasure, it can check AIDs, unwanted pregnancy, STDs and a whole lot of other things. In addition to this, India is the third largest population with HIV and the second most populous country in the world after China.

Brands in the category have tried to break the clutter and initiate conversation, by getting popular faces like Ranveer Singh, Dwayne Bravo, Chris Gayle, Sunny Leone, Bipasha Basu and others. They have never deterred from experimenting with new flavours, like Kohinoor's Kala Khatta, Meetha Pan, Silky Chocolate to Durex's brinjal flavour.  So it will be best for brands, if the condom ads are more to titillating the audience, and trying to address some of the major issues, which is affecting us.

(The above story first appeared on LatestLY on Jun 29, 2018 05:06 PM IST. For more news and updates on politics, world, sports, entertainment and lifestyle, log on to our website latestly.com).