Dog Sacrifices Life to Save His Master From Cobra in Odisha 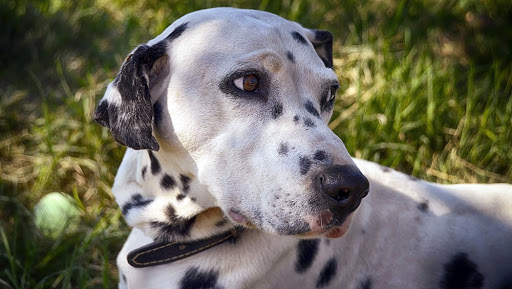 Bhubaneswar, March 6: Dogs are human’s best friend and it is said that they can go to any extent to protect their masters. Proving this saying, a one-and-half-year-old Dalmatian gave his life to protect his master in Odisha by fighting with a cobra. The incident has become a talking point of Odisha’s small city – Khudra.

According to the incident, Aman Sharif on Monday night heard the barks of Tyson – his pet Dalmatian – and rushed to see the matter. When he reached to see what’s going on at the main entrance, he saw his Tyson fighting with the snake. In the fight, Tyson killed the snake, but collapsed on the floor after snakebite on his tail and face. 'World's Saddest Elephant' Flavia of Indian Origin Dies after Spending 43 Agonising Years Alone in Spanish Zoo.

Sharif, who lives with his parents, grandmother, uncle and aunt in Jatni town of Khurda district, said, as reported by Hindustan Times, “We saw Tyson killing the snake just a few feet away from the main entrance. But moments later, Tyson collapsed on the floor.”

With Tyson lying idle on the floor, Sharif called the veterinary doctors for an anti-venom shot, but the hospital was closed. He said, “Tyson laid down his life to protect us. The dog could have been saved, had prompt medical care been given.”

Calling the incident as tragic, Suvendu Mallick of NGO Snake Helpline stated, “There are so many hospitals for human beings working round-the-clock, but there is no emergency hospital for them in Odisha. Even the veterinary hospital of Odisha University of Agriculture and Technology remains closed at night. This is really tragic.”

Earlier, a video of a female dog went viral in September last year, where she was fighting with a cobra in Bhadrak district of the state. In the video, the female dog tried to save her puppies from a cobra under a building staircase. Though she fought bravely, she couldn’t save four of her puppies from the deadly venom.